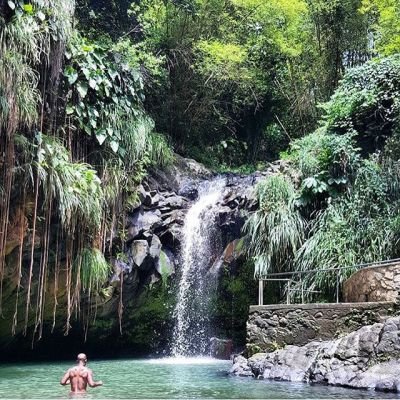 Stakeholders who were left out of previous consultations about the commercialization of Annandale waterfalls, are expected to be included in the future, as new investors take over its operations to enhance the attraction site.

Annandale Waterfalls in Saint George, which was managed by the Ministry of Tourism, is among other tourist attraction sites identified by Government for commercialization.

“We have to go back and have consultations,” stated Tourism Minister Hon Clarice Modeste-Curwen during a social media programme on Sunday.

Her comments came as Kenny Baptiste, member of the Annandale Jumpers Association expressed that members were not part of consultation held to discuss Government’s plans but heard about it via the media.

Glen Alexander, member of the recently formed Hush Hikers Association, which aims to hike to all waterfalls on island, said he supports commercialization but engagement with stakeholders is necessary.

Responding to why there weren’t inclusive consultation, the Minister said, “that could take a long explanation.”

She went on, “the Ministry did a have consultation with the workers, whether they included the jumpers I am not certain. I think the focus would have been more on the workers we have to pay and how they would be redeployed and what has to happen or whether they would be engaged by the company. That was primarily the focus and so unwittingly we have left out certain people it was not intentional.”

Baptiste, who has been jumping at the waterfalls for 20 years, expressed hope that the developers will meet with and involve them in their developmental plans. He shared that while some may feel what they do is risky, it is a livelihood for many and is a main attraction at that waterfall. Therefore, he noted that if it is taken away it will be “painful.”

He added that while he embraces development, it shouldn’t come at the expense of traditions.

Minister Curwen noted Baptiste’s concerns as “genuine,” adding that Government’s agreement with the

Developers, is that persons who are gainfully employed, especially persons who live in the area, should be included in their plans.

Referring to the developers, the Tourism Minister said, “they are Grenadians, they are very open to inclusion and I believe this can work so I look forward to getting Annandale going.”

She added, “We have to find a way to marry the existing tradition and grow it in such a way that it is desired by more people and more people will come,” pointing out that there have been less visitors to that site over the years, in spite of increase visitor arrival to the island.

The Minister stated that “It means we have to up what we are doing while not modernizing and damaging our environment but to market it better so that we can get more out of it.”

As it relates to revealing who are the developers and plans for site, Minister Curwen said, “We are planning a launch for within the next month. We would have to tie up these concerns before. I believe they can be easily done because of the attitude of the people and the caring [nature] of the locals…I do not believe we have many obstacles that we cannot surmount.”

Speaking to this development on a previous public forum, Minister Curwen stated that “Annandale has been a great asset of Grenada. I understand the concern, I wouldn’t want to see it sold to anybody either, it is a beautiful place, environmentally friendly, but Annandale has a lot to offer that can be used in its natural form to bring more enjoyment to people.”

She revealed that Government entered into a 25-year lease agreement for the development of the waterfalls, dispelling that the falls were sold to a private entity. “What we do have is an agreement for a lease of the facilities. They are two young Grenadians who have come up with a proposal to enhance what is going on at Annandale and to change it in keeping with environmental guidelines so that there will be moderate changes…that will give us a cutting edge.”