HomeWorldIncredible Story of Arthur Briggs, the Harlem Jazz Trumpeter in a Nazi...
World 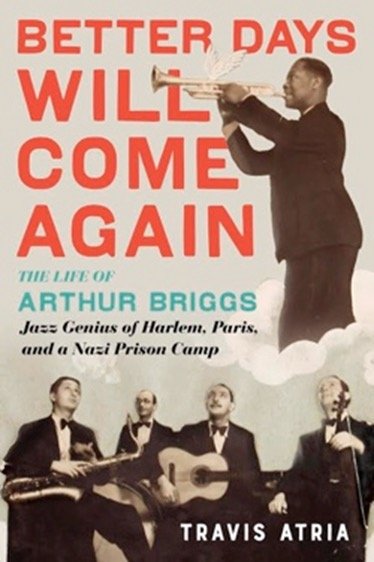 By Travis Atria
A book that’s making the rounds has caught our attention as this newspaper looks for and promotes our hidden gems. As presented on the British Broadcasting Corporation (BBC) Arthur Briggs was born in Grenada. He set sail for Harlem during the renaissance, then to Europe in the aftermath of World War I, where he was among the first pioneers to introduce jazz music to the world. During the legendary Jazz Age in Paris, Briggs’s trumpet provided the soundtrack while Hemingway, Fitzgerald, and the rest of the Lost Generation created their indelible masterpieces.

By the 1930s, THE Grenadian man was considered the “Louis Armstrong of France,” and was the peer of the greatest names of his time, from Django Reinhardt to Josephine Baker. When the Nazis stormed Paris at the start of World War II, they arrested Briggs and threw him in the prison camp at St Denis, where he spent four years on starvation rations, and where he directed the brass section of an orchestra comprised of fellow prisoners.

Below is an excerpt from Paste contributor Travis Atria’s illuminating new biography of Briggs, Better Days Will Come Again.
In October 1940, pioneering jazz trumpeter Arthur Briggs, a man known as the “Louis Armstrong of France,” was captured and sent to the Nazi prison camp at St. Denis. There, he helped form and lead a classical orchestra. Music was a fixture of life in St. Denis, as it was in most Nazi camps. The Nazis allowed their prisoners to form orchestras, or Lagerkapellen, for many reasons. Music was used to accompany manual labor and to humiliate prisoners, who were nearly starved and worked to death, and were still forced to summon the strength to sing. In death camps it was used to “drown out the screams of the dying.” Here, Arthur Briggs was lucky. St. Denis was a prison camp, not a labor or concentration camp, meaning the orchestra didn’t have to force men to work or mask the sounds of death. Instead, Briggs performed at the pleasure of his captors.

He soon became the center of the camp’s musical life, forming a small jazz combo and singing Negro spirituals in a vocal trio with two other black prisoners. In addition, the commander at St. Denis made Briggs camp trumpeter. His duties were to blow the Reveille at seven in the morning for the wake-up call; at nine a.m. for first checkup, when the Nazis examined the rooms; at five or six in the evening, depending on the season, for second checkup; and at nine at night to signal lights out. The men stood for hours at these checkups, while the guards scoured their barracks, flipped their mattresses, and ransacked their few possessions for contraband.
Briggs’s trumpet duties earned him special comforts, including food privileges. The daily ration at St. Denis was a ‘Komisbrod’ (a roll of black bread) per man per week, cabbage soup for lunch, and a similar soup for dinner, or a spoonful of ersatz jam with a small lump of margarine. Often the soup had worms floating in it. Sometimes it had horse teeth. Briggs recalled, “When I got to the camp and saw what they were dishing out for food, I said, ‘I couldn’t blow my instrument on that.’” Briggs was granted permission to eat with the kitchen staff, which was a mixed blessing. The food wasn’t better; there was just more of it. Instead of living near starvation, Briggs had the luxury of desperate hunger.

The winter of 1940 hit like it had a score to settle. It was the first of three record-breaking winters, all of which Briggs spent in captivity. “Freezing,” wrote William Webb, a prisoner who kept a secret diary in the camp. “Tripe stuff for dinner—awful. No more fresh stuff left.” Two days later, the hot water was gone. Each morning broke like a brittle bone. The men awoke and trudged to the washroom, where they splashed frigid water on their blue-cold bodies. Within days the pipes froze, and there was no water at all.
Briggs played a concert on New Year’s Eve, but it was only a bit of levity on the gallows. His guts were twisted with hunger. In four days he had to join his rag-tag orchestra, mount a makeshift bandstand, and in the bitter cold, play the hardest show of his life. Otto von Stülpnagel, Nazi commander of occupied France, had demanded a concert.

Briggs was to perform in the St. Denis theatre, which the prisoners built themselves using Red Cross boxes for the stage and cigarette tins for stage settings. Several artists among the men designed decoration and scenery. “It looked like a real theater,” Briggs recalled, “with a big podium raised for concerts.” Here the internees put on shows for each other, including a rendition of Cinderella; here the commander of Nazi France waited to be entertained.

Stülpnagel was an old-school soldier with the grim visage of a man who had spent his life in the service of death. He looked like a cartoon villain, with a cadaverous face, black moustache, bulbous forehead, and high, receding hairline. He even wore a monocle clamped beneath a devilishly arched eyebrow. He was “arrogant, vain, somewhat of a caricature,” as one German soldier recalled. He had retired in 1939 as a decorated war hero, but when the Nazis took Paris, Hitler called him to duty again.

As Briggs watched Stülpnagel and his retinue take their seats, he felt conspicuous as “the only ink spot on the stand.” Briggs and the orchestra played several of Stülpnagel’s requests, including Beethoven’s Fifth Symphony, its iconic, ominous introduction seemingly made for winter in prison. Few jazz trumpeters could play such a piece, but twenty years of performing with Django Reinhardt, and Coleman Hawkins, and Josephine Baker hadn’t made Briggs forget his lessons with the London Symphony. As the last note rang out, the crowd erupted, clapping and shouting for a full seven minutes. “We thought that the theater was going to collapse, the applause was so strong,” Briggs said.

Stülpnagel applauded as heartily as anyone. He was especially impressed with the black trumpeter who had mastered Beethoven, and he asked for an audience. Before Briggs could bask in his triumph, he was face to face with the Nazi commander of France.
“I congratulate you,” Stülpnagel said. “I never thought it was possible, but I’ve heard it myself.”

Briggs understood: Stülpnagel never thought it was possible for a black man to show such culture and talent. “They believed that everything that was not Caucasian was a monkey,” Briggs later said. He felt the old impulsive fire rising in his heart. He was still the man who rode segregated subways in Harlem and listened to Marcus Garvey speak, still the man who never wanted the baggage of race, but carried it always. He knew Stülpnagel could kill him with a single command, but he had been pushed too far. Briggs looked Stülpnagel in the eye and said, “Es gibt viel Sachen die man nicht kennen.” In German he said it: “There’s a lot that you don’t know.”

Stülpnagel ignored the insolence.
“You’re quite right,” he said. Then, taking his leave of Briggs, he said in English, “I shall never forget this evening.”
Arthur Briggs had achieved great feats in life. None was greater than this night. He honored his profession under the hardest of circumstances. But he did something more—he risked his life for dignity. He forced the commander of Nazi-occupied France, a soldier in the war for white supremacy, to see him as a man.

Travis Atria is an author and musician from Gainesville, Florida. His work has appeared in Paste, Rolling Stone, Vanity Fair, and Wax Poetics. His first book was Traveling Soul: The Life of Curtis Mayfield, and his most recent album was 2017’s Boa Noite. You can buy Better Days Will Come Againhere. If you click through and purchase a book, both Paste and independent bookstores will receive a small commission. 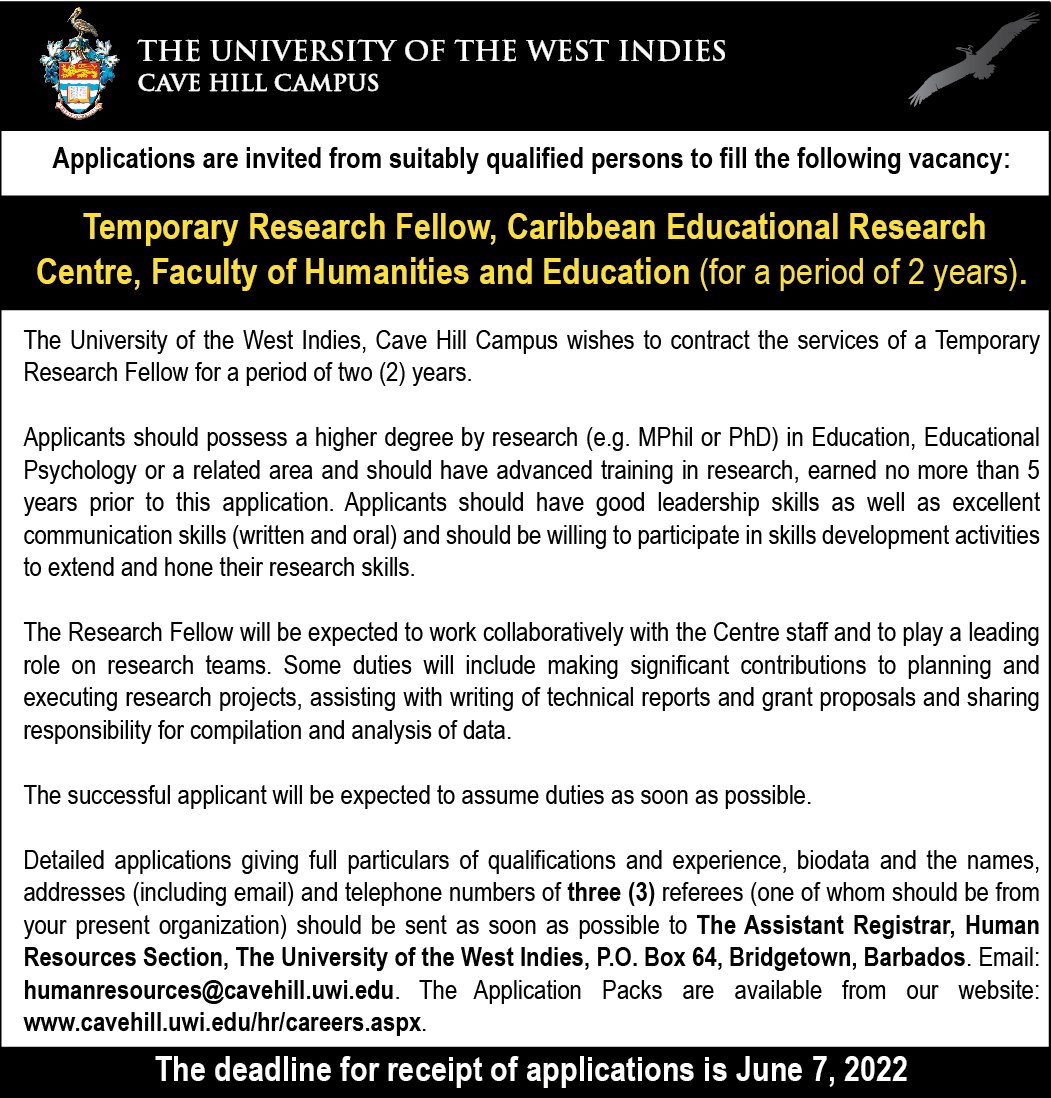