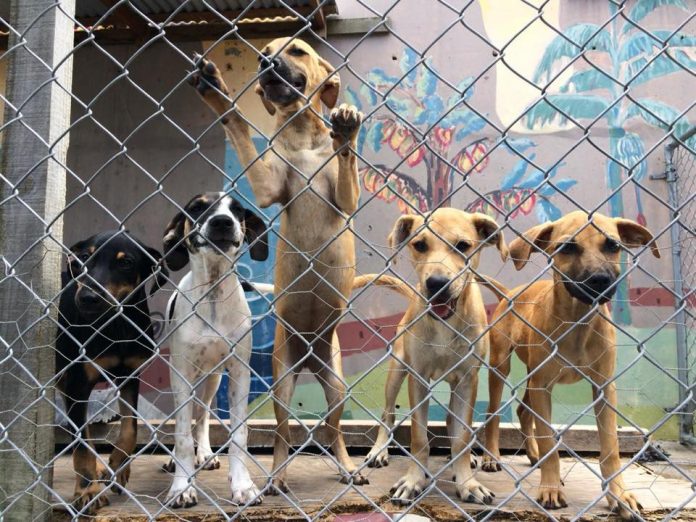 The Anti-Money Laundering Commission (AMC) has requested information from the Ministry of Agriculture on the operations of the Grenada Society for the Prevention of Cruelty to Animals (GSPCA).

The request stems from a complaint submitted by Grenadian veterinarian Dr Kenrith Carter to the AMC on July 02, a copy of which has been obtained by The Grenadian Voice. Chief Veterinary Officer Dr Kimond Cummings confirmed on Monday (July 27) that the AMC has requested further information on the matter, as the GSPCA falls under the purview of the Ministry of Agriculture.

In his complaint to the AMC, Dr Carter claims that there have been no financial reports on the GSPCA since August 24, 2017.

“The information from the Veterinary Livestock Division is that the GSPCA have been given permission to practice ‘Shelter Medicine’. However, they now self-identify as a Small Animal Clinic, and have been charging the public accordingly. There are also two full time veterinarians employed at the GSPCA, and a current job listing seeking a ‘Head Veterinarian’ and an ‘Associate Veterinarian’ clearly targeting non-national veterinarians as work permit fees are included in the advertised positions.

In recent years, the local veterinary community have been made aware of untrained individuals associated with the GSPCA assuming the roles of veterinarians, performing veterinary procedures, and self-identifying in various professions such as Animal Behaviourist.

Although there is no current ‘practicing act’ in Grenada, this is an abuse of the authority of the organisation,” Dr Carter writes in his letter to the AMC Commissioner Darshan Ramdhani.

Carter told The Grenadian Voice he first brought his concerns about the GSPCA Animal Shelter on Lowthers Lane in Saint George’s to the attention of the Ministry of Agriculture in 2015 “but nothing has been done about the discrepancies over the years.” He said such discrepancies include the sale of expired medication, overpriced veterinary products and people practicing veterinarian medicine who were not veterinarians.

In his letter to the AMC, Carter states that he “was approached by a colleague recently about a client of his, who was charged one thousand EC dollars by the GSPCA for a basic wound repair. That was a bit surprising, seeing that the GSPCA were supposed to be a non-profit animal shelter, and considering the financial uncertainty of the “COVID-19” pandemic. As a veterinarian, it is my professional opinion that the charge was a bit outrageous and was a clear example of price gouging.”

These allegations came as a surprise to GSPCA president Luana Levy, who told The Grenadian Voice that the financials for 2018 and 2019 are completed. She said the agency, which has a staff of nine, hires veterinarians from abroad who wish to work for a year or two and “give back.”

“We pay them but not at the rate that they would normally receive,” she explained, adding that she was of the view that the veterinary community worked together.

In response to the request from the AMC for more information, Dr Cummings said he plans to meet with officials from the GSPCA as well as Dr Carter and others to compile more information in the coming weeks.

“Because the GSPCA is registered as a non-profit doesn’t mean they cannot make a profit; but, the profit should go back into the operations of the agency. A more thorough investigation would see how the profits are shared,” Cummings said.

The agency, which last week conducted a community outreach project to vaccinate dogs against the deadly parvovirus, currently has eight dogs in house and five fostered, as well as seven cats in house. Levy said with one pup per kennel, the facility can house from 12 to 15 animals, although the number of animals changes daily.

“Students (from the St George’s University School of Veterinary Medicine) tend to be the best fosters,” she added.