HomeLettersIs there any substantial choice in Grenada at elections from now on?
Letters

Is there any substantial choice in Grenada at elections from now on? 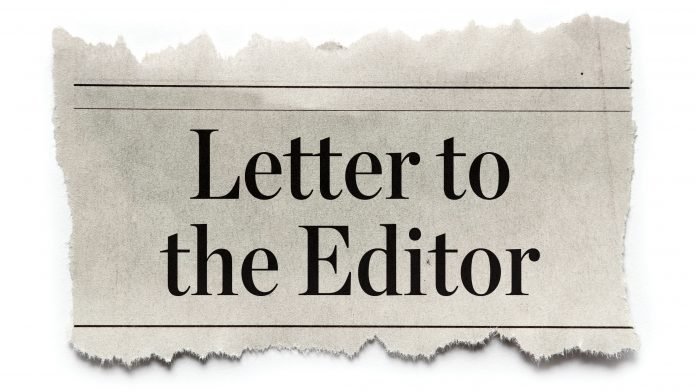 Consistent with the intrinsic trait of human for self-actualization, unlimited explorations and regenerative advancement, is the motivation for political change with the adoption of an ideology accordingly. Whilst there would be always the need and the agitation for change towards human prosperity, there should also be the quest for a genuinely ‘new and innovative’ leadership breed to foster, realize, sustain and progress further on this change. How practical though is it to ‘find and test’ such a personality; an engaging entity who will provide ‘strong, selfless and satisfactory’ representation for the people in the face of the harsh realities?  Notwithstanding; a decision for a substantial political change and / or creditable political entity should not be arbitrary but must be based on due consideration, including about the plans, potentials and partners of this entity.

The political evolution of Grenada stands out and occupies the enthusiasm and study of pertinent scholars and change-agents. Particularly from its 1877 Crown Colony Rule to 1967 Associated Statehood unto its 1974 Political Independence, then the 1979 People’s Revolution and the 1983 Invasion for Reinstated Democracy; Grenada experienced protests, upheavals, brutalities and massacres. The period also features damning revelations on malfeasance and squandermania in Government and the Breakdown of Law and Order and of Police Brutality. These have been captured by local historian, departed George Brizan in his book, “Grenada – Island of Conflict”.

Within the democratic domain of representative governance, political change is facilitated by an electoral process, affording the people the opportunity to decide on that change and on the entity to reflect and pursue the interests of the change.  Instructively; the “right to vote” carries a great responsibility for ‘consciousness and conscientiousness’ on the opportunity to decide either for or against a change in the custodian, governance and / or trajectory of the nation, or to be neither here nor there about the change-proposal based on the prevailing circumstances.  Grenada’s first elections were held in 1951 at a time of domination and exploitation by foreign interests, and with the suffering of the working-class for dignity, equity and prosperity. Around that time Eric Gairy returned from Aruba as a vibrant migrant worker, and mobilized the masses in a trade-union movement which generated big victory for his Grenada United Labour Party (GULP) at the elections; he faced the establishment which collaborated as an Action Council. Gairy has been credited as a true trade unionist, social reformer, political arbiter and the Father of Independence.

Gairy’s GULP won most of the elections in the virtually two-party competitive politics until 1976; the main opponent was Herbert Blaize’s Grenada National Party (GNP) which alternated in State power with GULP. The GNP was conservative and liberal, with support essentially from the middle class, landowners and merchants; whilst GULP attracted the poor and vulnerable and the peasants and labourers.  A third entity called the New Jewel Movement (NJM) led by Maurice Bishop took popular prominence and traction on the political stage, in a defiant response to the ‘deplorable environment’ which Gairy cultivated, and so it was able to gain a presence in the 1976 Parliament. The 1973 NJM was formed by youthful intellectuals holding a Marxist-Leninist doctrine, and who were also influenced by the Black Power Movement of the ‘disadvantaged’ African communities in America during the 1960s and 1970s.  The Black Power Movement had international spread, even causing the activism for the 1970 Black Power Revolution in Trinidad.

The passion, anxiety and campaign for State power at any cost is strategized with different forms of tricks, treasons and treaties; as it is acknowledgment by the players that the seat of State Power tends to license impunities for self-gratification, corruption and dictatorship. This sorry situation is perpetuated on the basis of the constitutional and legal framework, the norm that politics has a morality of its own, the resolved liabilities to return for favours such as campaign financing, and the ties to hidden agendas and shady characters even as it relates to institutional and diplomatic transactions. Within this scenario which hurts the nation and causing setbacks to ‘progressive change’, is the critical factor of the ‘complete surrender’ of power by the people to the politicians, for deciding, defining and executing the policies and protocols of the change; and the people remaining docile in the processes. Recall the three-part internet-circulated series on “Why Vote In Grenada’s Elections: Know Behind The Scenes”, which helps to explain some of the reasons for the surprises, bewilderments, disappointments and disturbances at governance.

There are politicians who hold that subversive and military actions may be imperative to rescue a nation from an undesirable policy, stagnation, hopelessness, atrocities and even witchcrafts; as was conducted against Gairy by the NJM. Despite securing four members to the House of Representatives at the 1976 elections with Maurice Bishop appointed Leader of the Opposition, the NJM in 1979 toppled the GULP-government and installed its People’s Revolutionary Government (PRG) with the suspension of the 1974 Independence Constitution. The Opposition resulted from a People’s Alliance to face the ‘formidable’ GULP at the elections; it consisted of NJM, GNP and the small United People’s Party (UPP) of Winston Whyte. The PRG’s reign was smeared with intolerances, intimidations and intrigues amidst socio-economic and geo-political achievements. The ‘heavy manners treatments for perceived counter-revolutionaries’ exploded in 1983 with the killing of prime minister Bishop due to internal feuds; this tragic end of NJM/PRG also had fatalities of some of Bishop’s executive loyalists and civilians including school children.

Deceased Teddy Victor, a principal founding member of the NJM who was then jailed by the PRG, published “Deception on Conception: What happened in Grenada 1962-1990”. Victor’s book notes that the NJM and its ascension to State power was not devised on ‘moral intent and deeds’. The hurt, fear, mistrust and hatred within this period, been aggravated with the gruesome episodes of the NJM, prompt the launch in 2001 of Grenada’s Truth and Reconciliation Commission, “Redeeming The Past: A Time For Healing”, headed by Hon. Donald Trotman (Former Judge of the High Court of Guyana Supreme Court). The Commission was to enquire into the political events which occurred in Grenada during the period 1976 to 1991 with particular reference to the events leading up to and including those of 13th March 1979; certain shooting deaths during March 1979 to December 1983; events leading up to and including those of 19th October 1983 when various persons including prime minister Bishop and other ministers of Government died and their bodies have not been since found; and foreign intervention by armed forces of the United States and the Caribbean. The Commission submitted its report in 2006.

With the assistance of the invading forces, Governor-General Paul Scoon initiated an Interim Government headed by Sir Nicholas Brathwaite, the release of the political prisoners of the PRG, the trial of the perpetrators of Bishop’s assassination, the restoration of the Constitution and the holding of elections. There was also the 1984 formation of the conservative New National Party (NNP) essentially as a coalition of Herbert Blaize’s GNP and the recent parties of the National Democratic Party (NDP) of George Brizan and the Grenada Democratic Movement (GDM) of Francis Alexis, in an attempt to stop any fractions of the NJM and GULP returning to State power.

The NNP led by Blaize received fourteen of the fifteen parliamentary seats at the elections in 1984 which had a voter turnout of about eighty-six percent. In 1987 however, Blaize had serious resignations of Government Ministers over the implementation of certain policies; the resignations were led by Brizan and Alexis who then formed the National Democratic Congress (NDC) in 1987 as a social democratic and center-left party.  Blaize was also not able to keep the NNP, as Keith Mitchell treacherously seized the leadership from him at the party’s 1989 convention. NDC formed the Government after the 1990 elections and Nicholas Brathwaite was appointed Prime Minister; but the party lost power to NNP under Mitchell in the 1995 elections.

Mitchell-led NNP has been effective at the elections since 1995 with historic wins, having the NDC tasting power on one other occasion, from 2008 to 2013. The NDC’s victory was led by Tillman Thomas, a prisoner under the PRG, and was energized by some key leaders of the NJM/PRG. Citizen Keith Ventour published in June 2022 a useful analytical account on “Grenada’s Election Cycles 1990-2022”. The article tends to provide the major factors for the results of those elections; including some salient highlights on the political climate and voter swings, the configurations and followers of the parties, the challenges and compromises in forming the governments, as well as the concerted efforts to remove Mitchell from power.

The political shrewdness of Mitchell has been reflected in the manner by which he has not only attracted supporters of the GULP but eventually he was able to silence his ‘most hated’ political enemies.  His carrot towards the 2013 elections was by embarking upon a New Economy, Unity Government, One-Party Project Grenada mission which may have earned him the sweep at the polls; but more-so this mission seems to have had the adoption and help of leading individuals and bodies. The likes of Peter David and Chester Humphrey have also brought for Mitchell added advantages with revolutionary tactics and diplomatic links especially to socialist nations; recall the past internet article “Grenada’s 2018 Elections Win: Keith Mitchell or Peter David?”

The ‘causes, conditions and concerns’ for stimulating the average citizen of the past to go purposefully and zealously to the polls, are extremely different from the appeals for elections presently; and sadly, there is no sharp differences in the political postures and propositions of the leading parties.  The prospects and strategies of Grenada going forward seem to have been riveted to its 2020-2035 National Sustainable Development Plan (NSDP) and for which all the parties have committed. According to the official document, NSDP “is the anchor for Grenada’s development agenda and priorities for the period 2020-2035. … puts forward localised solutions that are aimed at fundamentally improving the way we, as Grenadians live, work, treat our natural environment, and interact with our institutions and each other. … provides an opportunity for significant national transformation.” It also claims that the Plan is firmly grounded in Grenadian realities and is built on the aspirations of the Grenadian people. … been formulated on broad-based extensive and intensive dialogue with Grenadians across all spheres and walks of life.”

Who are the real architects and financiers of the NSDP, and what establishes and fuels this plan? Are the people sufficiently educated about the Plan and many of its integral deals such as the Blue Growth Coastal Master Plan and the Citizenship By Investment, especially by the vying parties as a decisive issue for the June 23, 2022 elections? Whilst Colonialism may have theoretically ended at Independence and that some ‘interest groups’ are now pressing for reparation from the colonizers, Grenada is being mortgaged and sold to neo-colonialism. On entering the second half-century of its Independence, Grenada is furthermore threatened by the failure of the parties to campaign for a radical shift in the political culture and governance of the nation, with the formulation of an indigenous ‘new’ constitution. Review article “Could Grenada’s Democracy Be Saved?” as answers and assurances are sought on sovereignty and prosperity.