Is Tobias for real? 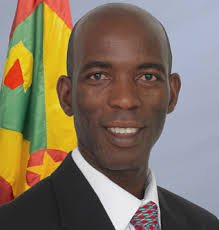 When news broke that an Opposition Leader was finally installed in Grenada, some of us celebrated the idea that at last there will be checks and balances in the House which should help to avoid dictatorship in the making. Those of us who lived through previous Governments know the benefit of the addition of views from the ‘other side’. We also do not want to see frustration from the common man built up again to end in overthrow of the legitimate Government. That is behind us now and should never be repeated, although it seems to be haunting us for the rest of our lives.

That Revolution, which was sparked by a movement called the New Jewel, while it introduced some great ideas, it also changed Grenada for good in terms of violence. It is a fact that the Revolution has turned some of our ‘good’ children into murderers. They were the ones used to shoot the people in Saint Patrick’s, to Kill Strachan Phillip and then to shoot up the people at Fort George. When the pandemonium broke out at Fort George, the ‘Big Boys’ were safely tucked away in another location. Young people must understand the implications of running into something that they don’t understand.

The word ‘movement’ seems to be raising its head again as Tobias, instead of getting down to the business of forming a political party is talking about a movement and likening it to the New Jewel Movement in the seventies. Mr Tobias you are paid to be the Opposition Leader, cut the crap and get on with it or get out of the way for someone else who will make better sense to fall in. Speak on the issues with confidence so that people will take you seriously and stop the stuttering. It is clear that in some instances when you are posed with questions you are ill prepared to answer. Since in May when you were asked about forming an opposition party, you promised that you will not make decisions haphazardly but that you will take your time and by God’s grace try to get it right. You said that in politics one day is a long time as you exposed your mantra that at the end of the day if you can leave Grenada, Carriacou and Petite Martinique in a better place, your job would have been done and you would have made an impact. Well kind Sir, how do you expect to do that?

Tobias you took off on GBN when they were giving you a free ride on Tuesdays. When NDC got annoyed that it was kicked out you said that that party should not blame you because the programme is GBN’s to do what it wants with it. Now that they have chosen to share the day you have childishly opted out and started your own thing on zoom which had very little reach and has come to a premature end.

Have you forgotten that the Government gave you an office outfitted with secretary and all the basic amenities.  Don’t you know that we are paying for that? Get serious Tobias, there are too many issues that are being ignored.

As it stands right now, Grenada may end up with two movements as a new one was recently formed. It’s called The Grenada Movement which explained that it is not a political party but was launched to oversee the governance of Grenada. Some people are of the opinion that since politics call for a lot of cash, it is better for TGM to operate as a non-governmental organisation which will attract just that; well that is a clever way so far. But do we need those movements? Somebody please tell me why people are afraid to form political parties?