HomeNewsIt was a “bad deal”
News 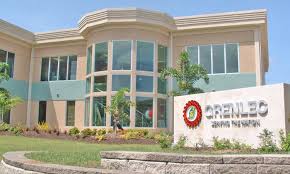 All Members of the House of Representatives are unanimous. The 1994 sale of Grenada Electricity Services (GRENLEC) by the National Democratic Congress (NDC) administration to WRB Enterprises was a “bad deal.”

When the House of Representatives convened on Friday (Jan 15) in an emergency session to affirm the settlement requiring government to repurchase majority shares in GRENLEC for $63 million (US), no MP had anything positive to say about the agreement that saw the NDC put Grenada’s electricity services in the hands of an American company for $15 million.

“It was a bad sale agreement,” that imposed “draconian measures” on the people of Grenada, Opposition Leader Tobias Clement said.

“I thought that then and I still think that,” Clement told the House, adding that giving a monopoly to a utility company means consumers suffer. However, Clement was absent when it was time for Speaker Hon Michael Pierre to call the vote to affirm the arbitration settlement as ordered by the International Centre for Settlement of Investment Disputes (ICSID).

Unlike the government ministers, all of whom spoke in favour of the settlement and the means by which government secured the multi-million dollar payment, Clement, MP for Saint George North East, insisted on knowing exactly where the money was sourced.

Describing it as “one of the best decisions” the New National Party (NNP) government has ever made, MP for Saint David Hon Oliver Joseph, who together with Minister of Finance Hon Gregory Bowen, negotiated the payment settlement, said he is “excited to be part of history.”

He noted the $63 million (US) came from savings in the 2020 budget and said, according to the Fiscal Responsibility Law, there is nothing wrong with using savings in the capital budget to purchase “a major capital asset” stating government has not violated any law.

As to the persistence of the Opposition Leader for details as to where in the budget the repurchase monies came from, the Prime Minister and MP for Saint George North West Dr the Hon Keith Mitchell slammed the table and shouted “it came from here.”

Government has already paid US $60 million, with another US $3 million due in two years.

MP for St. Patrick West Hon Anthony Boatswain, who was an employee of the Ministry of Finance when the deal was being negotiated by the NDC, said it was the most disadvantageous and egregious deal any government could have made. He recalled being part of the Ministry’s local negotiating committee, which he was “thrown off” because he expressed opposition to the deal at the time.

He, as did other MPs, criticised the decision by GRENLEC to borrow $7 million (US) to pay shareholder dividends, while the company should have been investing in upgrades to its equipment, adding that the company recovered its initial $15 million investment within five years, and 61% of the profits left Grenada.

He warned, however, “there will be challenges moving forward” and that consumers should not expect reduced rates to suddenly appear.

“We have to move the process of liberalisation very carefully,” Boatswain cautioned.

He said Grenada must move aggressively to attain its 20% renewable energy target by 2030, as the country only produces 1.5% of its energy from renewable sources. He said GRENLEC made no effort to move to renewable energy because that would “interfere with their monopolistic arrangement.”

MP for St Mark Hon Dr Clarice Modeste-Curwen, noting that “climate change is not waiting” and that GRENLEC “did nothing” with the proposed renewable energy project identified for Carriacou, which caused the government to lose funds. She also criticised the deal that provided no termination clause for 80 years.

Several MPs expressed frustration with the lack of response by GRENLEC to install street lights, as requested by citizens, and charging the government thousands of dollars for poles that were installed.

While government MPs referred to GRENLEC once again being in the hands of Grenadians and that the company’s profits will remain in Grenada, the parliamentarians did not provide any details as to when shares will be available for purchase by the public or the cost of the shares. Describing the occasion as a “historic moment” for the country, MP for Saint Andrew South East Emmalin Pierre stated with emotion “if you don’t see this as historic you cannot be a Grenadian, you cannot be a patriot.”

She also pointed out that government was ordered to pay by the ICSID tribunal and if the payment had not been made on time there would be “more trouble” as the money would be garnisheed from government accounts. She referred to instances where GRENLEC cut off electricity services, including at a community centre when the monthly bill of $1,100 was not paid.

As to why the NDC chose WRB, this remains a mystery to the Prime Minister and MP for Saint George North West. He told the House that WRB did not submit the lowest bid and recalled a meeting he had in 1994, as leader of the NNP, with WRB Chairman and CEO Robert Blanchard. When Dr Mitchell told Blanchard why he opposed the sale, Blanchard got very mad and threatening.

“I knew we were in trouble,” he concluded at the time, adding that WRB also demanded an annual $200,000 management fee.

The government categorises the repurchase of the WRB shares in GRENLEC as “a one-off expenditure on a revenue generating capital asset,” with funds from grants and soft loans intended for capital development from which “any deviation can jeopardise Grenada’s future eligibility for such funding.”

The $63 million (US) repurchase gives the government a 71.4% controlling interest in GRENLEC, with the National Insurance Scheme retaining 11.6% and employees and other individual investors owning 17%.