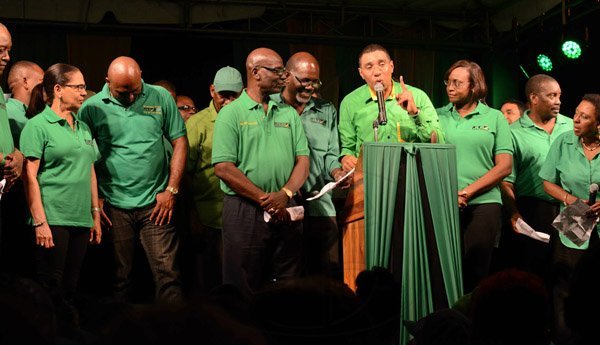 A pledge to rebuild the economy in the midst of the coronavirus pandemic convinced voters to return Prime Minister Andrew Holness and the Jamaica Labour Party (JLP) to power.

The JLP won 48 of 63 seats, while the People’s National Party (PNP) won 15 in the September 03 general election, which was not constitutionally due until February 2021. Holness, who has been the political leader of the JLP since 2011, called the victory one for the people.

“Tonight the victor is the people of Jamaica…What it says to me is that the Jamaican people are maturing in their outlook; they understand that populist policies can have destructive impact on the national good,” he said in a virtual livestream address.

With voter turnout estimated at about 37% by the Electoral Commission of Jamaica, the lowest in the country’s history, the 48-year old leader acknowledged that many of the 1.9 million registered voters did not vote.

“I do want to ensure all of you that I do carry this burden with great consideration of not just those who elected us, but those who are looking on us for future decisions as to whether or not they will participate in the process,” he assured the nation.

The JLP campaign highlighted previous tax cuts and other reforms that reduced unemployment, and its provision of affordable housing and infrastructural development, while the PNP focused on social programs to assist the most vulnerable.

The Miami Herald reports that the JLP win is the largest victory margin since the 1980s and marks the first time JLP won back-to-back elections since the 1960s. “What went right is we have the right leader in Andrew Holness,” said Desmond McKenzie, former Kingston mayor who served as campaign road manager for the JLP and won his West Kingston Parliament seat. “People are voting on performance and no longer on tradition. People want results and this government … has been delivering since 2016.”

Peter Wickham, a well-known Caribbean pollster who had the JLP leading into the election, called the vote historic.

“I’m keenly interested in the future of Jamaican politics and to see where it goes from here because this election is exciting, is historic and I think it gives us a lot to chew on in the future,” Wickham told CEEN TV.