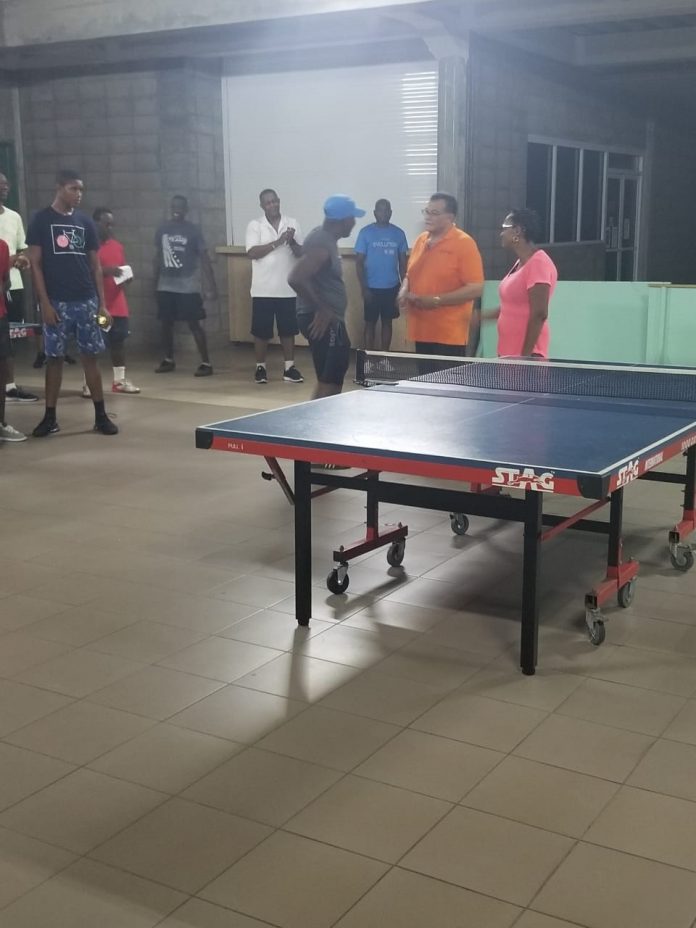 In their best of five encounters, Stanisclaus won the first game 11-6; producing more consistent stroke plays than his opponent, who for much of the first game struggled to negotiate the versatile mixture of attack and defense used by his opponent who he defeated in December 2019 to win the National Men’s Singles title.

However, the second game saw an improved performance by Junior St John, displaying greater control in the rallies as well as executing a series of forehand smashes against Stanisclaus, winning the set 8-11.

The third set was upbeat with both players looking to take the initiative. Stanisclaus was solid in defense, again using a mixture of defensive chops, and returning several of St John’s big smashes and forcing him into making frequent errors, thus taking the game 11-6 and a two sets to one lead.

Aspiring to level the best of five sets, St John kept pace with Stanisclaus for much of the fourth set, attacking his opponent’s defense play and delighted onlookers with a series of well executed smashes. But with the scores even at 7 points each, Stanisclaus again produced magnificent defensive plays, returning his opponent’s smashes and forcing him to errors, winning four of the last five points to take the set 11-8 and the match three sets to one.

At the end of the tournament, presentations were made to the Champion and beaten finalist, as well as other players.

Trophies won in the Independence Tournament staged in February were also distributed.

President of the Table Tennis Association Kent Joseph thanked the players for participating and keeping active within COVID Pandemic protocols.

Secretary of the Association Ray Roberts commended the young players who were playing their first event since February, noting improvements in their game.

He also encouraged them to keep active.