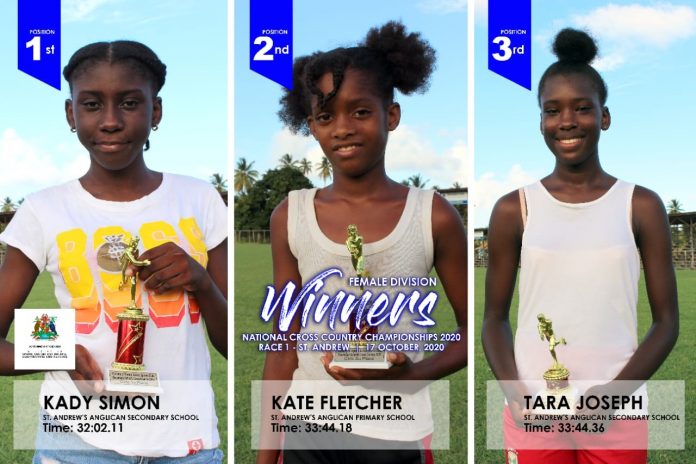 In the Women’s event, Kady Simon of SAASS placed first in a time of 32 minutes zero two. 11. In second place was Kate Fletcher also from SAASS running a time of 33 minutes 44 point 18 seconds. Tara Joseph from SAASS was third recording a time of 33 minutes 44 point 18 seconds. Johnella George of SAASS was fourth in 35 minutes 31 point 36 seconds. Fifth was Shenique Smart of SAASS and sixth Kim Fletcher; with Zivah Henry seventh. In positions eight and nine were Brinel Thomas and Zanya Belfon.

The Series of cross country is an initiative of Ministry of Sports, Culture & the Arts, Co-operatives & Fisheries, in collaboration with Ace Track Club.