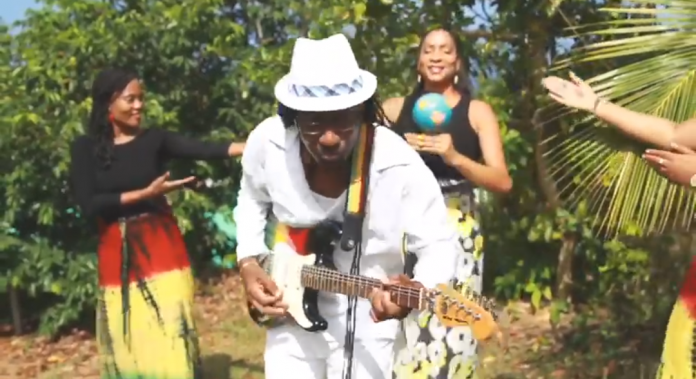 Mitchell said the idea for the song and video came from his friend Troy Garvey. “It was a project of a lifetime, it was a wonderful experience, working with some of the great talents from Grenada,” he expressed in a recent interview.

He further regarded the project as “most significant ever undertaken in his musical career,” which dates back to the 1980s.

Mitchell, who in 1998 was appointed a Member of the Order of the British Empire, explained that the significance of the project hinges on the challenges facing the world at present due to COVID-19. He said the aim of the song is to bring hope and encouragement to people.

King Ajamu, as he is commonly known, said that COVID-19 reminds people to take nothing for granted; hence, the lyrics of the song were “carefully thought out for writing the song which says that if tomorrow should yield another chance, we should never look at things the same.”

So too, he emphasized that people must focus on how they treat each other.

Facebook
WhatsApp
Previous articleAjamu’s daughter graduated with the highest distinction
Next articleOne more case, there could be more