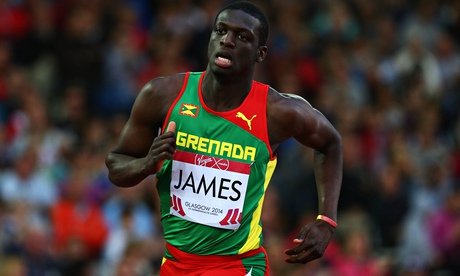 Grenada’s medal prospect Kirani James will not be competing in the Commonwealth Games in Birmingham, England later this month.  Grenada will be represented by a 14-member squad which includes track and field, boxing, and swimming.

Grenada’s Chef de Mission Kwame Hypolite confirmed to insidethegames that James, the London 2012 400 metre champion would not be appearing in the English city.

It comes with Commonwealth athletes facing a tough schedule due to the close proximity of the World Athletics Championships to Birmingham 2022.

The flagship track and field event in Oregon is due to run from July 15 to 25, with the Commonwealth Games opening just three days later.

Despite this, James remains in competitive action and clocked his season’s best of 44.02sec at the Diamond League meeting in Eugene in May, where the World Championships will be held.

This is the third-fastest time in the world this year and the quickest of any Commonwealth athlete.

James has also won silver and bronze at the Olympics, World Championship gold and the Commonwealth 400m title at Glasgow 2014.

But Grenada, home to just 110,000 people, will still be able to call on star athletics talent in Birmingham.

Lindon Victor is due to defend the Commonwealth decathlon title he won at Gold Coast 2018, while Anderson Peters is the reigning men’s javelin world champion.

The Spice Isle nation will also compete in boxing, swimming and cycling at the Games.