HomeEditorialLeaking Cabinet secrets is not a new issue
Editorial

Leaking Cabinet secrets is not a new issue 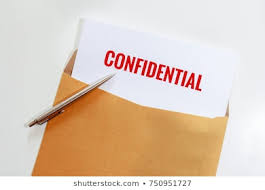 Breaching of Cabinet’s oath of secrecy seems to be a worrying issue at this time. But is it really new? Let’s explore some of what the Bible says on secrets before we look at the situation. As we look at Proverbs 18:06, we read “A fool’s lips walk into a fight and his mouth invites a beating.” Still with Proverbs, in 21:23 it says that “whoever keeps his mouth and his tongue keeps himself out of trouble”. Then there is Luke 8:17 which says “For nothing is hidden that will not be made manifest, nor is anything secret that will not be known and come to light.” Luke 12:2-3 also says “Nothing is covered up that will not be revealed, or hidden that will not be known. Therefore, whatever is said in the dark shall be heard in the light and what you have whispered in private rooms shall be proclaimed on the housetops.” All these verses are reminders and can serve as a guide in the daily lives of those who swear on the Bible. (And here we are reminded that all but one of the people making up our Government do swear on the Bible.) So, the majority stands.

Looking at Luke 8:17 that says in short that all secrets will be made known at some point it shows that leakage is inevitable; but then again there is a saying that the word of God must be fulfilled, but woe unto whom it is fulfilled.  It is a fact that social media will be with us for a long, long time and some people have found it a useful tool for different purposes including sharing secrets anonymously. Cabinet’s oath of secrecy regarding documents should be taken seriously, and it’s certainly a vexing issue when its not. This should be regarded as a problem for the entire state.

The confidential Cabinet submission on incremental increases in the pensionable age from 60 to 65 to the National Insurance Scheme (NIS) has been circulating on social media as a hot topic to the annoyance of the Government. That submission, which was copied to Permanent Secretaries in the Ministry of Finance, Ministry of Legal Affairs and the Department of Public Administration, proposed the increases be implemented between 2020 and 2031.

The Cabinet Secretary Ruth Rouse said the issue of leaking Cabinet’s decision, is being investigated. Time will tell if any heads will roll for this one. In the early 1990s, fingers were pointed to the Member of Parliament for Saint John, Grace Duncan as being responsible for leaking Cabinet’s decision. Whether the goodly lady was guilty or not, this brought on a sorry end to the political career of the business woman who won the Saint John’s seat in 1998 when she got 1,720 votes for the  New National Party ahead of Herbert Preudhomme with his 1,032 votes for the Grenada United Labour Party.

The Cabinet Secretary shared that the Government is looking at tightening security and she noted that the recent transition from paper to a digitised system now, has increased security. But while there are trails to track the operations of computers, there is still the bothersome issue of workers using cell-phones while on the job that can quickly snap an image which unfortunately can be shared.

The idea of revolutionising government services through digital transformation was revealed by the Prime Minister in delivering the 2020 Budget Speech to the House of Representatives. The Prime Minister and Minister of Finance, Planning, Economic and Physical Development shared plans to introduce the e-services delivery platform to provide “a single point of access to all government information, initiatives, projects, services and data” that will advance Grenada’s transition to a digital economy and create greater efficiency and productivity in the public service.

The building to house the $15 million (US) Digital Government for Resilience Project funded by the Word Bank is well on its way in terms of construction in Morne Jaloux, Saint George. It is our hope that it will seriously transform the provision of Government services through digital transformation.