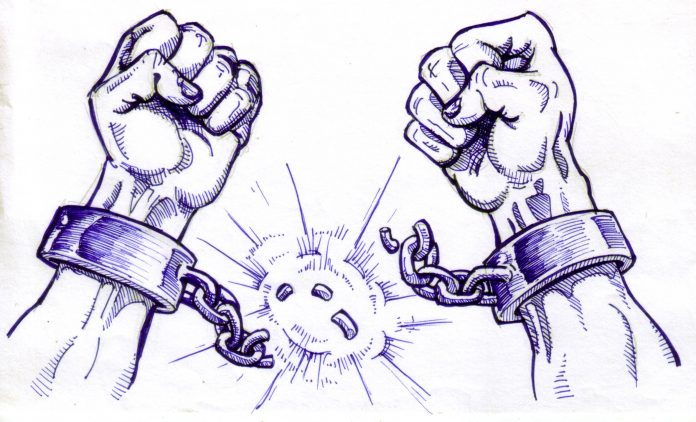 “The enslaved paid with their sweat and blood more than fifty percent of the supposed cost of ‘their freedom.” These are the words of Sir Hilary Beckles, Chairman of the CARICOM Reparations Commission (CRC,) as he enlightened us in his emancipation message for which we must thank Don Rojas for sharing.

The global explosion of the Black Lives Matter demonstrations, following the killing in the US of African-American George Floyd, has led to a reassessment of the effects of the transatlantic slave trade on African people. In his message this year Sir Hilary reminded us that it took nearly a century after the abolition of the slave trade in 1807 before the final vestiges of this crime against humanity were eradicated in our region.

We note with interest that this year two of the UK’s biggest institutions, the Church of England which has given rise to the Anglican Church and the Bank of England, apologized for their historic links to slavery with the church calling it “a source of shame”. There are reports that this was exposed by the University College London (UCL) which revealed that nearly 100 clergymen and six governors plus four directors of the bank benefitted from slavery. The bank has since promised to remove any images on display of former executives who were involved with the slave trade.

In his research, Sir Hillary revealed on television that the Codrington Estate in Barbados was owned by the Church of England and the letters COE were burnt on the shoulders of the slaves as a mark of possession by their owners. He added that the money that came as a result of slavery was sent back to Britain to build more churches as they actively perpetrated slavery and profited from it. However we must not forget the role that church played in the abolition of slavery.

This year, according to Sir Hilary Beckles, who is the Vice-Chancellor of the University of the West Indies, emancipation is commemorated and celebrated while the COVID-19 pandemic is aggressively ripping the plasters from the sores of racial injustice and social and economic inequality in many of the societies in our hemisphere.

The observation of this Emancipation period he said, is the commemoration of the epic struggles of our ancestors in Africa, the Caribbean and elsewhere to rid the world of the scourge of chattel slavery and we celebrate that achievement which finally came in 1834. In the CARICOM region, that year is considered by many as the birth of the Caribbean. But it is again an opportunity to reflect on the issues associated with this birth. As Chairman of the CRC he said that the Commission does not tire of stating the historical fact that the British government rewarded its planters, enforcers, investors and all others who promoted and profited from the enslavement of Africans with the sum of twenty million pounds – equivalent today of approximately two and a half trillion pounds. Of note here is that the debt the British government incurred to pay this sum, equivalent to sixty percent of its then gross national product, was not retired until 2015. This is important as it provides one of the bases for the CARICOM reparations claim against Britain.

The Professor pointed to the fact that the British Emancipation Act of 1833 made the British government irrefutably complicit in the enslavement of Africans, for that Act recognized in British law for the first time, that Africans were chattel, property which could be bought and sold, property for the loss of which they paid enslavers. The assessment of the value of their chattel in the Caribbean by the planters was forty seven million pounds of which the British government could only provide twenty million. The remaining twenty seven million was paid to the planters through the period of apprenticeship where the former enslaved were forced to still provide free labour to the plantations for the first four years of their supposed freedom. In other words, the enslaved paid with their sweat and blood more than fifty percent of the supposed cost of ‘their freedom’. The case for reparations cannot be made stronger.

In closing he said that it is these considerations that prompted Sir Arthur Lewis, who we consider as the father of the reparations movement in the Caribbean, to forcibly impress on Britain that it has an unpaid debt to the region of two hundred years of free labour. It is that debt for which the CARICOM governments now demand settlement. This period of celebration allows us all to bask in the creativity of our people, to recognize our contributions to world culture through intellectual pursuits, the arts and religion and sports and political organization – the barbarity of our past oppression, notwithstanding. The reflection must also provide the basis for the shaping of our future through development planning and the preparedness and commitment to build regional societies in which the challenges of poverty, poor health and education, poor housing and infrastructure are eradicated and our people are enabled to live the lives envisioned by those who struggled to make emancipation a reality.