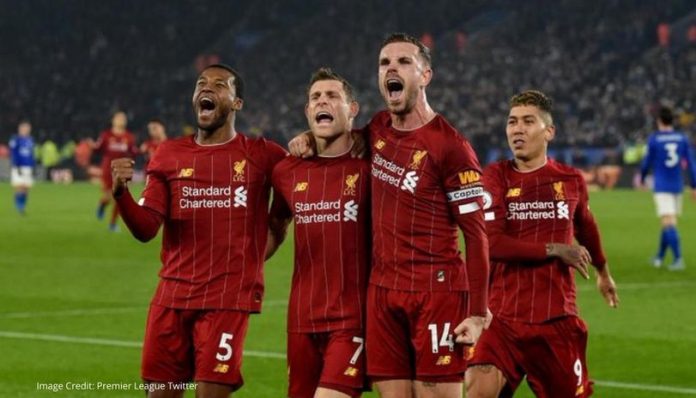 After 30 long years in the wilderness, Liverpool has won the English Premier League.

Club manager, Jurgen Klopp described guiding Liverpool to their first league title in 30 years as “more than I ever thought possible”.

The Reds were confirmed as Premier League champions without kicking a ball on Thursday as Manchester City’s 2-1 defeat at Chelsea meant they could no longer be caught.

“It’s the best thing I can imagine and more than I could have ever dreamed of. It’s unbelievable. Much more than I ever thought would be possible.”

The German, who was wearing a Liverpool shirt during his interview and was visibly emotional, added: “Becoming champions with this club is absolutely incredible.

Klopp arrived at Anfield in October 2015 following the sacking of Brendan Rodgers and with the club 10th in the Premier League.

He led Liverpool to a sixth European Cup last season and has now ended an even longer wait to become champions of England.