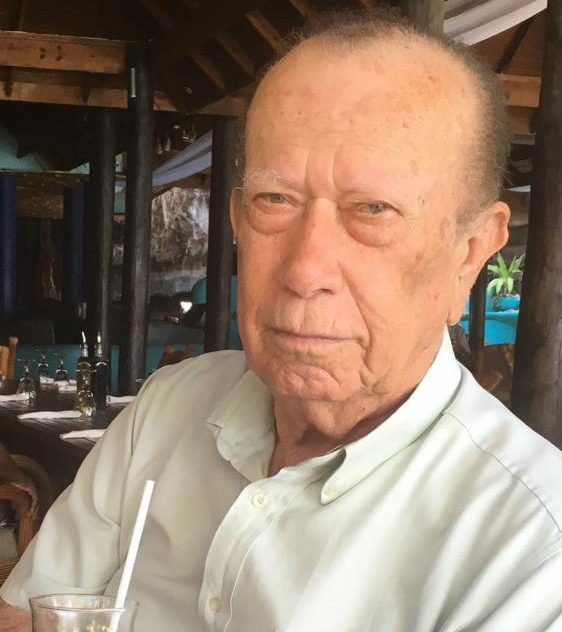 The man behind different businesses in Grenada, Robert Edwin De Caul has gone on to the great beyond.

Born in Saint Vincent, he and three siblings migrated to Grenada.  As manager of a soft drink company he introduced Ju-C to our shores. People may recall also the Royal Agency he started as a commission agent.

The name De Caul is synonymous with manufacturing. His first garment factory started in 1978 downstairs the present location in Mt Gay. There he developed a home grown brand of T shirts and souvenir clothing for men, women and children.

Following the US led invasion of Grenada, the American Government in a bid to help rebuild the island, introduced Article 807 which allowed goods to be shipped from Grenada to the US without tariffs. This was an opportune moment for anyone with a knack for business. So being an astute businessman, De Caul expanded his business and with a staff of 350 in 1987 his goods were well on their way to the US.

One of his siblings also got into the garment manufacturing business and established Johnsons Sportswear on Halifax Street in Saint George’s.

When asked about their interest in sewing his daughter attributes it to their grandmother being a seamstress in Saint Vincent.

Again, with an eye for business, De Caul saw the need for a gas station in the area where his garment factory is strategically located and that gave rise to Deco Servicenter. He also introduced a wholesale Department that offered a variety of soft drinks and water.

Accompanied by his children and grandchildren and his dedicated staff, De Caul was able to grow the business into what it is today with the Westerhall Servicenter being his final accomplishment. He remained active in the day to day runnings until his passing.

The man popularly known as Edwin De Caul will certainly be remembered for his friendliness and his interest in sharing knowledge with young people which he did in his hands-on approach in managing his business.