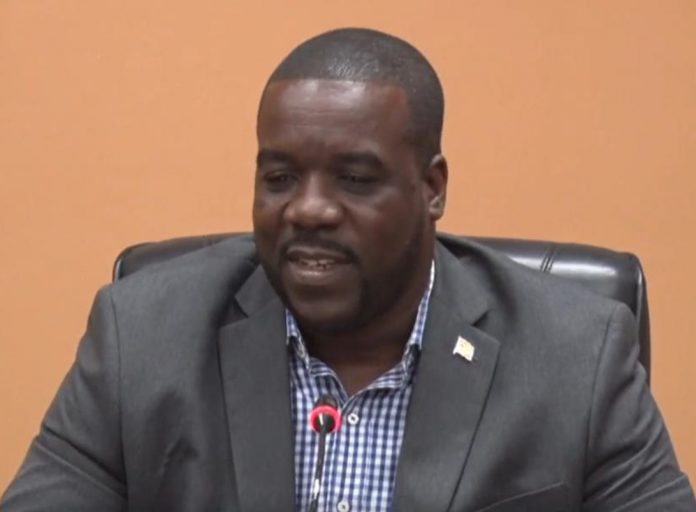 Revelers have gotten away with engagement in Carnival-like activities due to loopholes in the Spicemas Corporation Act.
Despite the cancellation of Spicemas 2020 and the removal of the Carnival holidays – making them regular working days, the weekend into Tuesday was not without the playing of Jab Jab, shortknee, Vieux Corp and other Carnival-like activities/celebrations throughout the island.

Responding to why no one was arrested and charged for the seemingly illegal activities, Minister of Culture, Senator Norland Cox explained that “one of the things observed is that in the Spicemas [Corporation] Act…there is a gap.”

He continued, “The Act does not speak anything towards [Carnival] cancellation and so there is a void. There is nothing there that if Government was to cancel even the Spicemas [Corporation] is somewhat limited in doing anything, even the Police is limited in doing anything per say, in terms of saying if Carnival is canceled, what should not happen or what should happen. That is one of the issues before us.”

The Minister’s revelation is contrary to a recent release from the Royal Grenada Police Force (RGPF) in which it noted, “We are also appealing to the general public to cooperate with the Police and refrain from the playing of ‘Jab-Jab’ and engaging in Carnival-like activities, all of which are illegal at this time.”

Prime Minister, Dr the Right Hon Keith Mitchell in his delivery at the House of Representatives on Wednesday stated that while socialization is not illegal, it must be done within the COVID-19 protocols and persons should avoid any activity where the protocols cannot be maintained.

He stated, “We did not say you can’t play Jab Jab but if you intended to have Jab Jab without the protocols, having mass number of persons, then clearly it means that you can’t have it.”

Therefore, Dr Mitchell noted that the Police could have “proceeded to apply the regulations and charge quite a number of persons” for not adhering to the physical distancing protocol, wearing of masks and the having over 20 persons in gatherings.

As to why people were not arrested the Prime Minister had this to say. “We expect the Police to go and arrest 500 people,” further putting themselves at risk for COVID-19… it’s dangerous to ask them to do this.”

The Prime Minister expressed concern that while it appears that “we can do our own thing,” it takes just one person testing positive to infect others.

Senator Cox said Government is now using the route of education and persuasion to get compliance rather than the more rigid route of arresting persons, pointing to the practicality of the rigid measure.

He added, “Those are the discussions and scenarios that are before us.”