Making plans for a new library 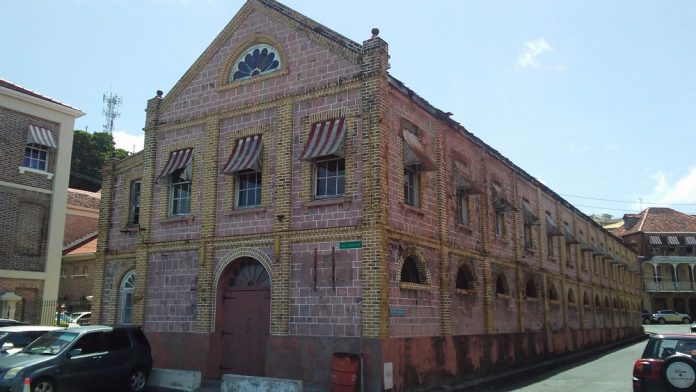 “Yet another rum distillery, but no public library.”

That is a line from “the rum section” of Kamille John’s poem Between the Rhymes, as she observes that “more and more young children are imbibing.” She was, at the time, participating in a virtual reading recital with four other Grenadian writers.

The authors lamented the state of public libraries in Grenada and the importance of having reading spaces and local materials for students in particular.

Amy Jones, who started writing at the age of eight while attending St Andrew’s Methodist School, spent many hours at the St Andrew’s Community Library in Grenville before it was closed in 2010 as a result of fire damage.

“It was part of my growing up,” she recalled.

“A country without public libraries is a country of the blind. So I implore our government, our people to recognize the need for public libraries and do our best to restore and rebuild what we have,” Rita Joseph-Olivetti urged.

Yes, another rum distillery is in the making, this one for Renegade Rum to be distilled by CaneCo; but, moves are afoot to secure funds for a new public library.

Minister of Education Hon Emmalin Pierre confirmed to The Grenadian Voice that government is currently seeking funds for a new public library in Saint George’s.

Noting that this will be a multi-million dollar project, Minister Pierre said in an interview on Monday that a decision has yet to be made as to whether the library will be restored or newly constructed at another location, as there are flooding issues at its current location on the Carenage.

The impact of climate change on the Carenage will also have to be taken into consideration. Minister of Climate Resilience and the Environment Senator Simon Stiell, speaking at Tuesday’s post-Cabinet press briefing, said one of the challenges with the Carenage is that it is “effectively at the bottom of a flood plain” with water coming down from above. He referred to research indicating that by 2050 there will be significant sea ingress at the Carenage and at Grand Anse.

Senator Stiell said engineering solutions for the Carenage will have to take into consideration both flooding and sea level rise. This includes a project to build sea defences.

“Tidal gages have been deployed in the area to develop projections to see where the sea level is going to be over the coming years. The results of that are quite stark. With sea level rise through climate change, that Carenage area is highly vulnerable,” he said.

The historic brick and stone building has been part of the Carenage for generations. The year 1992 marked 100 years since the structure with the red tiled roof has served as Grenada’s national public library.

Over time it became known as the Sheila Buckmire Memorial Library honouring the former librarian whose career spanned 27 years.

The building, which also housed the national archives, has been closed to the public since 2004 when Hurricane Ivan struck. While most of the reading material was stack away at the National Stadium, Minister Pierre also confirmed that the library still houses some materials.

Author David Ambrose, who organised the reading recital on August 16, said a public library will help Grenadian students to research events that happened in our history “instead of having to depend on an outsider’s point of view.”