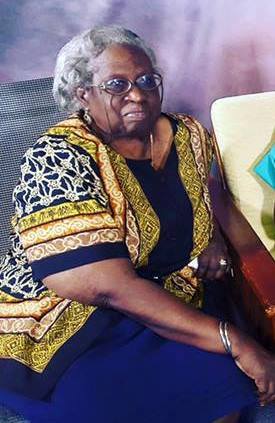 Women and gender balance in sports are issues still being championed all across the world today. In fact at the highest levels – the International Olympic Committee, (IOC) the various International Sports Federations, supported by the United Nations have made it a mandatory policy to be pursued by all their respective national affiliates. Long before these international institutions took center stage championing the vast human capital women bring to sports, the late Margaret Dowe, who was not a member of any of these big and powerful organizations, was a Grenada pioneer, an early influence of greater women active participation and leadership in domestic sports.

From the latter part of my school years in the 60s early 70s the name Margaret Dowe was a significant and authoritative female figure in National sports. She made a name for herself in netball, being one of its extraordinary talents emerging in the 50s and 60s and at the end of her playing days took up coaching thus contributing to the sport being the most popular played women sport in the 70s. When the late Sir Eric Matthew Gairy created the Ministry of Sports in the 70s with Winston White as its first Minister of Youth and Sport. Margaret Dowe at one period held the position of Chief Sports and Youth Officer. Sports back then were dominated by men and Mrs Dowe was the most prominent female personality in a crowded male arena but her voice was a commanding one.

I joined the Ministry in 1976 and during that period sports expanded rapidly across the country. Netball, basketball, and tennis courts were constructed in several communities and the government employed local and international coaches to train and develop Grenadian talents.  As chief sports officer Mrs Dowe supervised and managed the day to day activity of the coaches. The programmes back then included coaching and preparing student athletes for competitions at primary and secondary school level, as well as supporting community clubs.

Mrs Dowe’s stint as the leading government sports technocrat then was very positive. I vividly remember the tremendous impact coaches had on the overall growth and participation of girls in netball and athletics at the primary school level. Among the netball coaches were Pauline St John, and Joan St Bernard. Subsequently Mrs Dowe moved to a higher office becoming Permanent Secretary and serving in other Ministries. Nevertheless, she did not lose her passion for netball and sport.

She was among the many who in the 70s ensured that Grenada successfully hosted for the first time Caribbean Netball Championship. Also during the International Year of Women in 1975, she again played a role ensuring sports featured in the activities. She was a positive influence on netballers. More than a decade ago, the Community of River Road in recognition of her commitment, named their annual village tournament after her. The Grenada Netball Association honored her and recognized her presence each year at the opening of its domestic season.

Had there been a Grenada Hall of Fame for sport, the late Margaret Dowe would have been inducted many years ago as a pioneer of developing women in sports. My sympathy to her family!