Mas bandleader is not enthused by virtual Carnival 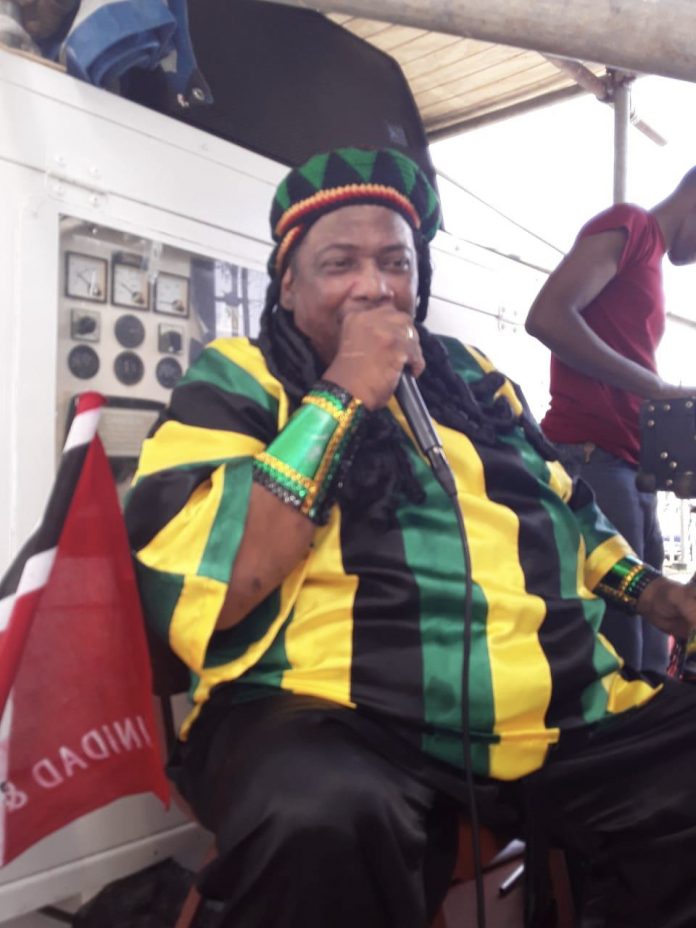 Peter Bain, referred to in some circles as a traditionalist and innovator, has his tradition with fancy mas bands in Saint Andrew dating back to 1993.

That year his Rainbow City Mas Promoters paraded and played to victory in the Saint Andrew’s fancy mas competition.

“My heart is in Saint Andrew,” the resident of Grand Bras told The Grenadian Voice during an interview on Tuesday, quickly adding “we’ve played more than any other mas band in the history of Grenada’s Carnival.”

What began with about 60 players in 1993 has grown into a cohesive band of more than 500 participants, including a few persons who have been part of the group since its inception. Additionally, Rainbow City Mas Promoters has a children’s band of approximately 150 youngsters.

Developing a new theme every year takes innovation. Most years, it is Bain who “comes up with the concept.” Sometimes the idea comes long before the next Carnival.

“Then again, it comes as late as March and April. There are times you have more than one and have to choose,” he said.

“I try to stick to a theme that is always educational to society and something that deals with reality,” he explained. From ‘Caribbean Connection’ to ‘Floral Extravaganza’ and ‘Glimpses of the Deep’ to ‘Traditional Splendour’ the themes over the past 27 years have led to spectacular displays and victories.

The sections of the band collaborate to ensure the colours vary and each section is distinctive in its portrayal.

“It’s exciting to get it right. It takes a lot of thinking.”

The band has demonstrated its adventurous side over the years.  “The first year we went to Saint George’s we used the round-about to do our portrayal. No other band had done that and now others are doing it,” he said, noting that the band has participated in Carriacou Carnival for the past nine years and has played in every parish but St. David.

Rainbow City Mas Promoters won nine times out of 10 in St. Andrew until Bain stopped competing in the parish competition in 2003, but continued to play in the event. The band started competing at the national level four years ago and since then has won the Band of the Year title twice and is the recipient of numerous national and individual titles.

“My masqueraders are very dedicated,” he said with pride.

The concept for Carnival 2020 had been determined and “we had everything in place when COVID appeared on the scene.”

A traditionalist to the core, the idea of a virtual Carnival does not appeal to Peter Bain. He needs people present to feel what the band is doing.

“I’m not thinking about anything virtual. It doesn’t have the same feeling. I need to feel the spirit to do it. I’m not feeling that now.”

Instead, he is holding his Carnival 2020 concept close to his heart as he may well use it next year.

“We have to wait until the time is right and go with the protocols,” he said.

Meanwhile, he is pursuing other cultural interests. He is working on the ‘Three T’s Foundation’ to honour three calypsonians from Saint Andrew who have passed; namely, Teller, Tangler and Timpo. He hopes to raise funds for their families and have a monument built in their memory at the Paradise Junction.

“All three are from that area,” he said, noting that African Teller was from Tivoli, Tangler was from Paradise and Timpo was originally from La Fillette.