HomeMemories of breaking down the gate to free Maurice Bishop
Featured

Memories of breaking down the gate to free Maurice Bishop 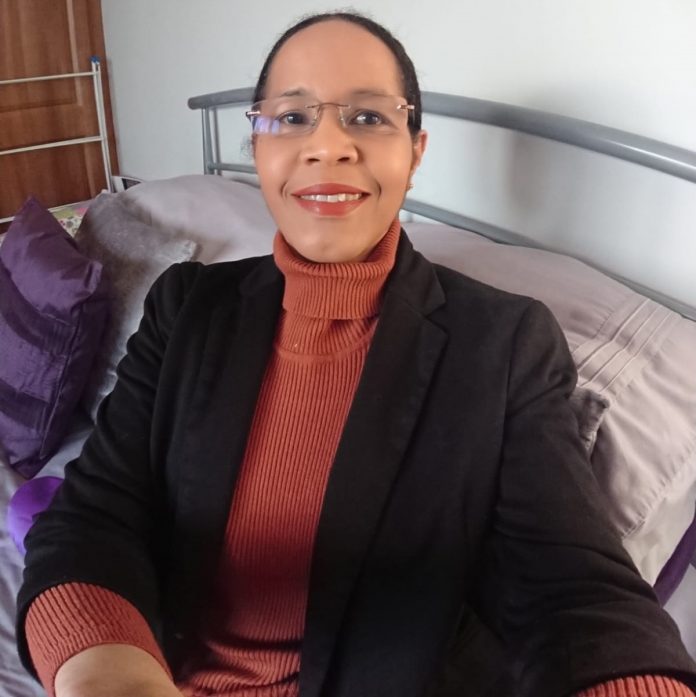 October 19, 1983 will always be remembered as the day that we as school children of Grenada out of sheer innocence, decided to free the Prime Minister Maurice Bishop from house arrest. The day in question began as all other days when we went to school as usual even while there were demonstrations on the street as a section of the de facto government tried to whip up support. Their aim was to release Bishop from being imprisoned in his own home. I was quite familiar with them all, in fact in our house in Springs, Saint George’s where they frequented, we called some of them uncle. There was uncle Maurice, uncle Kenrick, uncle Uni and the rest. While as children and kind of unaware of their frequent missions to our house, we felt that Bishop, being first cousin to our father, were merely visiting with his friends so we had no problem. There are even fond memories of going sailing with Kenrick Radix’s boat and playing with Unison Whiteman and Bernard Coard’s children. Those men turned out to be the ones behind the Grenada revolution which ousted Sir Eric Matthew Gairy on March 13, 1979. That was another day filled with excitement in my mind; but as children, we were brought up to stay out of ‘big people’s business’.

On that fateful day in October three years after the revolution came into being, we were grown up enough to understand that all were not well with the men who were once good friends and uncle Maurice was in deep trouble. So about mid-morning one of the children’s dad came to our school with a microphone (bull horn) and asked who is interested in going to “free our leader”. I joined the students who got excited and ran out of class to congregate in the front of the school (St. Joseph Convent Saint George’s) where it was decided that we were going to free our Prime Minister who was under house arrest for a week and we heard that he was being tortured. Little did we know then that it was an organised serious event as we marched from our school chanting “free our leader” and joined children from other secondary schools who were already in the streets. We were all heading to the same destination -the Prime Minister’s residence; we had no inhibition nor fear.

This could have been the largest public demonstration in Grenada’s modern history which saw people from all walks of life but the school children were strategically placed at the front. Now that I am a grown woman I realised that we were used as the shield, should the soldiers decide to shoot. We marched and chanted and the first piece of drama started at the bottom of Lucas Street, St. George’s where the soldiers attempted to stop us by driving a jeep up to us and pointing guns at us telling us to get back. Maybe our reaction to the soldiers was unexpected as we pushed and shook the jeep and turned it over and the soldiers had to jump from the jeep and move away from us. Some people have wrote about the power of youth, well that day we were powerful. We marched and chanted until we arrived at the Bishop’s residence which was at the top of Mt Wheldale enclosed in a compound secured by a massive iron gate.

That dreaded gate was not enough to stop us as we had adrenaline pumping in our veins, the chanting continued and we were not going to stop until we freed our leader whose face appeared in a window upon hearing the commotion outside. We began to push that gate. We pushed and chanted but the gate did not budge.  Then the soldiers inside the compound started shooting at the trees with the attempt to scare us off.

At first, we thought the bullets were blanks but as I looked at the trees I could see that they were real bullets as the barks of the trees were being shot off.  There was a moment of fear as I realised that we were now in deep danger. A boy suggested that we should take cover and we both ran behind a wall. Strange enough the fear disappeared instantly and before I knew what I was doing I was back at THAT GATE again pushing and shouting. I heard a voice shouting “push Kimmy” and we pushed and pushed until the gate gave way and we were able to get into the compound. In hindsight, I think since we were at the front, if the gate did not give-way we could have been squashed by the massive crowd.

The soldiers who were guarding the gate, retreated and some adults ran to the house and brought Bishop out. I guess the soldiers were overwhelmed by the number of people who were united for a cause and achieved their goal of freeing their leader. Nothing stood in our way not the soldiers, not the guns and bullets and certainly not that Iron Gate. We found strength in the fact that we succeeded in freeing our Leader. Once that was done we marched with victory and a sense of militancy towards Fort George which the revolution renamed Fort Rupert after Bishop’s father. I am not certain as to who made the decision to bring our leader there, but the march continued and we headed for the fort.

My mother had three of us of which I was the oldest. The second one was Karen (now deceased) who attended the GBSS, then Nicole who was our baby sister at the primary school next to mine. On my way to the fort I met Karen at the bottom of Market Hill and we continued to march towards the fort. As we marched it occurred to me that I did not know where my baby sister was, it was instilled in me at a tender age that I should watch out for my younger siblings at all times. With that in mind I needed to find my youngest sister. We also knew that our aunt’s home in Deponthieu Street was always a safe haven and that day it was ideal for us all to meet there after all is said and done. I left Karen with her friends marching towards the fort and was heading back to my aunt’s house when I heard the most horrendous bang. It was the loudest bang I have ever heard.

Here I was in the middle of the street not knowing where any of my younger sisters were; at that point it occurred to me that I left Karen on the way to the fort and that is where the bang came from. I was paralyzed for a split second with fear; then I decided to find Karen as I was convinced in my mind that Nicole will go to my aunt’s home.  I was running down Market Hill when I heard the sweetest voice called my name I turned to the direction of the voice and there was Karen standing at the bottom of Market Hill with her friend Gemma. Words cannot express the joy of relief I had to see Karen as I was hoping and praying that God will rescue her from the gun shots we were hearing. We ran to our Aunt’s house and there we found my sister with my youngest auntie Beth who was still at school and my cousin Donna they were watching over my aunt’s baby Dwight, because the babysitter panicked and left for her home.  Safely tucked in my aunt’s house we had a clear line of sight to Fort George and it was then we saw the most horrific, scary, traumatising scene one can ever imagine.

As a 14 year old child, the event was beyond my imagination. I was never exposed to such violence and standing there we were traumatised as we looked at school children and other people being shot and falling and jumping from the fort. There were shouts of fear, screams of terror from people running, jumping, stamping their feet, holding onto each other, the scene resembled a horror movie but the only difference, this was real and happening right in front of me. Karen told us that she and her friends were at the market square where the majority of people went as there was word that Bishop will address the crowd there. While there, she said, a soldier pointed his gun at her and said “Watch you, it just good to shoot allyou ass.” She said she stood watching him as he pointed his gun up and shot into the sky. She simply did not realise that she could have been killed at that crazy moment.

The gun shots continued at the fort and as people were jumping and running to escape death I thought of my school friends who, earlier on, we were marching to Bishop’s home  to break down the gate. For many years no one knew how many people died on that sad day when we broke down the gate; but with a lot of research a monument now stands at Fort George with a head count of 16.

Arrests made in Evan Smith beating