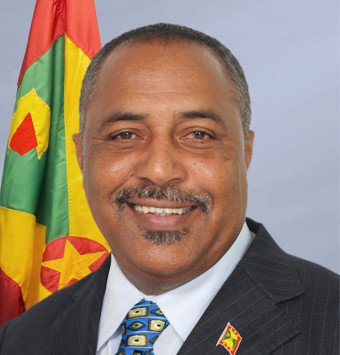 As Hon Alvin Da Breo prepares to take on new ministerial duties next month, he has “mixed feelings” about progress made during his time as Minister of Fisheries.

In an interview with The Grenadian Voice on Wednesday, the Member of Parliament for the Constituency of Saint John said it is his hope that public officers will show more dedication to serving the fishing community.

“I would like to see them be more dedicated to the fishermen. Too often they pass the buck and blame others,” Minister Da Breo said.

He was, at the time, responding to concerns brought to his attention from fishermen interviewed by this newspaper about the availability of ice which is needed to keep the fish fresh.

Augustus Williams, president of the Soubise Fishermen’s Co-operative, said one ice machine at the Grenville Fish Market is not working and the other is not reliable. The situation leaves fishermen scrambling for ice when they go out to sea to ensure the quality of fish is secured and, again, when they return to ensure the quality is sustained before selling to vendors and other customers. As a result, there is more corned fish on the local market.

The machine at the Saint George’s Market has not worked for years, according to one observer.

Minister Da Breo said Grenada has the personnel to repair the ice machines. While acknowledging the machines have caused disruptions, he said fishermen have alternative sources, including Gouyave and the Southern Fishermen Association Inc in Grand Mal.

Toby Francis Calliste, fisheries officer for the Eastern Division, said the ice making machines, which were a gift from the Government and people of Japan, have repeatedly shutdown despite several attempts by refrigeration personnel to repair them. He added that because the machine uses ammonia, some people are hesitant to work on them.

Aldwyn Ferguson, president of the Gouyave Fishermen’s Cooperative Society Ltd, told The Grenadian Voice that fisherfolk should have access to more state-owned facilities such as the Gouyave Fishing Complex and be given a “greater responsibility for those facilities.”

“This and other facilities are not being fully utilised. Fisherfolk should be more involved making use of the infrastructure,” he said, adding that fisherfolk could manage the operations of the ice machines.

One association is taking a lead on the ice machine situation. Calliste said the Grenville FAD Fishers Association has sourced a new ice machine for Grenville.

While expressing frustration with some aspects of the operations of the Ministry, Da Breo is pleased with the training in fishing vessel captaincy and safety at sea and hopes this will continue, and said the next phase should focus on business.

“You need to have a certain level of business acumen to make that profession work for you,” he said, and continued to encourage all fisherfolk to register with the National Insurance Scheme.

The Cabinet changes announced on Sunday by Prime Minister Dr the Hon Keith Mitchell and expected to take effect on October 05, saw the creation of the Ministry of Sports, Culture and the Arts, Co-operatives and Fisheries to be headed by Hon Yolande Bain Horsford.

“Too often people do not have recourse when they have a complaint about services or products,” he said, and welcomed stronger legislation that protects consumers.

Minister of Trade Oliver Joseph had said in August that a consumer affairs department will be established and staffed with consumer affairs officers with more powers. Consumers will be able to lodge their complaints with the new department. There will also be an appeals tribunal, marking the first time Grenada has had a consumers’ tribunal where everyone can get justice for their complaint regarding any goods or services, according to Joseph.