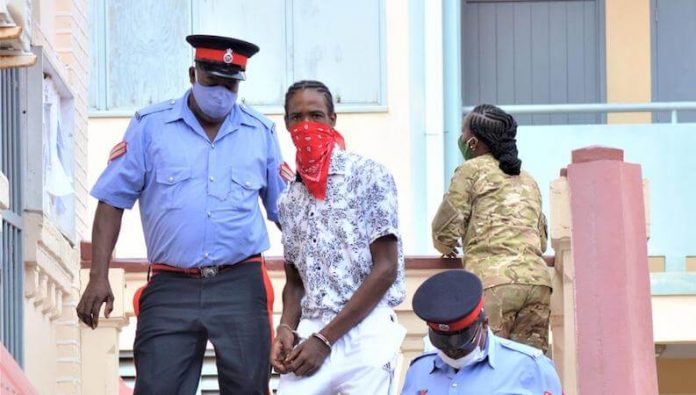 A charge of non-capital murder was laid on 24-year-old Mirabeau farmer Delvin Noel in connection with the death of Kyron Tannis on Saturday July 11, 2020.

Noel made his first court appearance at the Grenville magistrate court last Friday (July 17), unrepresented by an attorney.

28-year-old Tannis of Gladstone Road, Grenville, Saint Andrew, was pronounced dead mere minutes upon arrival at the Princess Alice Hospital after receiving a serious chop to the upper part of his body by an unknown assailant around 9:45 pm.

While it is still unclear what transpired between the deceased and the accused that led to Tannis’ death, reports are there was an altercation between the two sometime ago.

This newspaper understands that footage from a surveillance camera near the crime scene led to Noel’s arrest.

The camera showed a masked man exiting a vehicle and re-entering moments later with what appeared to be a ‘Chinese chopper’.

Noel was remanded at Her Majesty’s Prison and is expected to return to court on August 07, 2020.