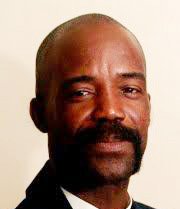 The pastor of the Temple of Deliverance Pentecostal church which has to do with the area of ministry that deals with deliverance including casting out demons, says he will not be reopening his church at this time.

Pastor David King, a popular church leader in the parish of Saint Patrick said he should be wise enough to know when it is safe to reopen his church and not be told by Government to apply.

In relation to the COVID-19 protocols for the reopening of churches, the pastor raised some of his concerns.

“They had to put some regulations together; but I would never bring myself to go and apply to reopen my church. As a responsible person I should be wise enough to make my own observation to know when it is safe to reopen my church,” he said, adding “Persons who are 70 plus are not allowed to come to church; children 12 and under should not be in your gathering. Now we have not regulated properly how the buses are going to run so how your members are going to come to church?

“The other thing is you having service on a Sunday morning you have to give people numbers because the Government says you have to give them numbers. So to the people who will like to visit, should we say stay home while others come to church?”

Meanwhile Pastor King is using zoom as the platform to bring his members together even those outside of Grenada and he is hoping to continue to stream some of services in future.

In relation to the COVID-19 outbreak, the local pastor seems to have doubts in what he is being told.

“Not wanting to be critical, not wanting to cast any judgement on anybody’s integrity; but when the doctors are asked the hard questions they would say it’s up to the science. But who create the science?

If you look at Grenada here and you watch what is happening and you had a number of people sick late last year, was it COVID-19?  When it was said that we had the first confirmed case she was at home in self-quarantine. Then she became critical and was sent to the ICU then she was discharged and sent home. So when you look at the underlying thing, patient zero has sickle cell and we are hearing now that we have five patients from the same home.”

However Pastor King said “I don’t think we should play with this COVID-19 and drop our guards.

To this point I have not been having any service [at the church]. We had not been gathering we are doing it by zoom…I wear my mask, sanitise …it breaks my heart when you see the large number of persons killed around the world and the toll it has taken on the universe.”

The man who started off as a member of the Roman Catholic Faith, is now going in to 32 years as a Pentecostal pastor who has made a name for himself in casting out demons.

“Apart from our regular services, there is the deliverance service that used to be (before COVID) every Tuesday and people would come from near and far. We pray for people who are disturbed, distressed, oppressed or whatever is their problem.

“When you talk about people being demon possessed there are people who would say I don’t believe in that.”

He added that seeing is believing. “I was able to deal with a number of persons who would say that they don’t believe in demon possession; but demon possession simply means that a demon entered someone and is controlling the person’s body. There are different manifestations. In some cases they manifest themselves in what sometimes we call mental illness or other sicknesses like swelling in their bodies and so on and doctors cannot find their complain.”

Pastor King said that is more than a medical problem.