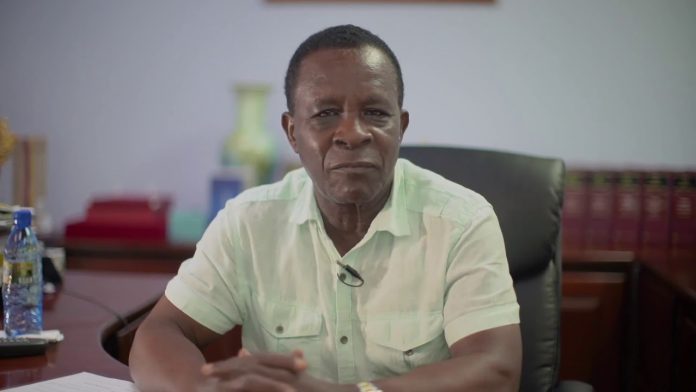 In an interview with Zerith Mc Millan for Channel 10 news, Prime Minister the Rt Hon Dr Keith Mitchell seems to have his eyes on the slow performers as he contemplates his move in a Cabinet reshuffle.

“I have a fundamental philosophy, whether its business, politics or sports if you’re not looking to improve consistently, you will be in trouble,” he said.

A recent change took effect this week in the Ministry of Education, which saw the movement of Hon Pamela Moses to a new area. She has been moved to the Prime Minister’s Office with responsibility for special projects, needy assistance and ICT.

Before getting into politics roughly two years ago, she was the Principal of St Andrew’s Anglican Secondary School (SAASS). She represents the Saint Patrick East constituency

While Dr Mitchell told Mc Millan that in his view no one person should be in any Ministry for any prolonged period of time as if they belong to that Ministry, earlier he had revealed that the change is “directly linked to the need for clear and decisive action to address the lingering issues at TA Marryshow Community College (TAMCC).”

The Prime Minister described the College as an area in need of proper management. “Historically NDC and NNP failed to deal with the problem of National College where there is a runaway system of management and accountability which is affecting the students and the country as a whole.”

It is his hope that the Hon Emmalin Pierre who is the overall Minister of Education will be able to deal with the serious problems at the National College while he contemplates other changes.

“Not long from now maybe in a month or two you will see major changes in Government,” he promised.

Another recent change at TAMCC was the sacking of the Chairman of the College Council which governs TAMCC. Augustine Vesprey has been replaced by Dr Spencer Thomas in the interim while restructuring measures are being worked on.

Prime Minister Mitchell said that the changes in Ministers’ portfolios were being planned before the COVID lockdown in Grenada.

“Some have been in a Ministry for five years or more. I think now is the time for them to move to somewhere else. The truth is I had signaled to my cabinet before COVID-19 that there will be changes.”