HomeWorldMovie in the making on the life of Johnson Beharry
World

Movie in the making on the life of Johnson Beharry 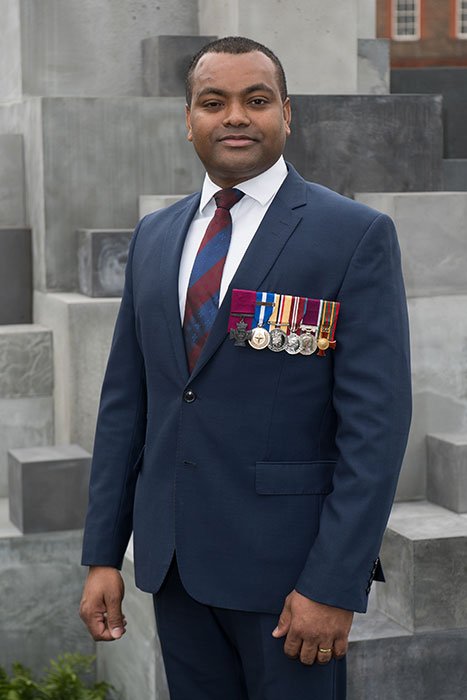 It’s one of those life stories made for a thought-provoking film that will stay with you long after the show is over.

The start focuses on July 26, 1979 in the Parish of Saint Mark when Victoria Cross recipient Lance Sgt Johnson Beharry of the Princess of Wales’s Regiment was born.

Reports out of the United Kingdom indicate that Sgt Beharry, who moved to England in 1999, is conducting talks with Netflix and Fox Film on the production of a movie based on his book Barefoot Soldier.

He enrolled in the Princess of Wales’s Royal Regiment in 2001 and began his journey of military service. His first tour of duty was in Kosovo, followed by a three-month tour in Northern Ireland. It was his tour during the Gulf War in Iraq that his “selfless actions” resulted in him being awarded the Victoria Cross.

In Barefoot Soldier, first published in 2007, Beharry writes about his life growing up in Grenada, his love for his grandmother and his dreams of travelling. Described as “an utterly compelling story that will inspire this and future generations” the biography provides insight into Beharry as a young Grenadian growing up in a poor family and looking outward for hope, and Beharry as an aspiring soldier endeavouring to change the course of his life.

Commenting on the possibility of a movie depicting his life, he said: “It’s so humbling. I don’t mind who plays me [but] I’d like it to be true to my life.”

“For those who didn’t come back, and for my colleagues there with me, I’m going to be working with the scriptwriters. My life is a fairy-tale and proof that if you work hard you will achieve amazing things and you can turn things around.”

Beharry’s agent, Tim De’Ath of One Team Management, confirmed that the deal is in the making. “We will be signing shortly. Johnson’s story is inspirational.”

Beharry is Britain’s highest-decorated serving soldier. In 2004, he saved colleagues in two ambushes six weeks apart in Iraq. In the second attack, a grenade hit his Warrior vehicle and exploded inches from his head. Despite severe brain injuries, he drove his crew to safety before falling into a coma. In recovery, he had to learn to talk, walk and eat again. He was still recovering in April 2005 when he was presented the Victoria Cross by Queen Elizabeth at Buckingham Palace.

In 2014, he set up the JBVC Foundation to keep people aged 15 to 25 off the streets after their release from detention.

“I tell all those I help that they can change their life,” he said at the time.