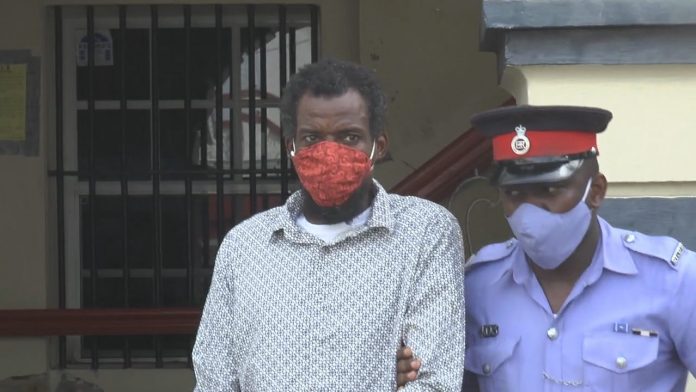 July 16, 2020 is the date set for the second court appearance at the Victoria Magistrate Court, of murder accused Mitch Phillip of Saint Mark.

49-year-old Phillip, who is accused of intentionally causing the death of his girlfriend Shenelle Alexis by unlawful harm, last Friday (June 25) appeared before Magistrate Francine Foster to answer to the charge of Non-Capital Murder. He appeared at the Gouyave Magistrate Court, St John.

The murder accused who specializes in making furniture, filed an injunction to have his children removed from the care of their grandmother (the mother of the deceased. He is represented by Attorney-at-Law Derick Sylvester on that matter.

But on the charge of non-capital murder, Phillip is unrepresented.

Reports are the 23-year-old deceased fell ill and was brought to the General Hospital where she was pronounced dead on Saturday May 30, 2020.

The Royal Grenada Police Force (RGPF) launched an investigation into Alexis’ death, after her family members did not accept reports that her death was due to natural causes.

Subsequently, two autopsies were conducted and according to reports, the results indicated that she died due to internal injuries sustained from a sharp object in what seemed to be an attempted abortion. It was reported that she was three-months pregnant.

The deceased, who was originally from Mardi Gras, Saint George, lived with Phillip at Queen Street, Victoria, Saint Mark.

Alexis, also known as “Nay Nay,” was a mother of two. Her funeral arrangements are still pending.