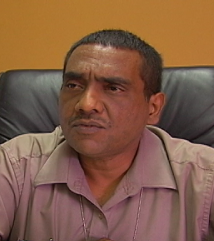 Government is being urged to publicly name and shame the business owners who have been using the COVID-19 pandemic to be dishonest to employees and attempt to cheat the government of monetary assistance.

“It is unfortunate that members of the hotel group would engage in activities that do not follow the rules that were clearly stipulated to follow,” said Private Sector Representative in the Senate, Christopher DeAllie.

Recalling that at a previous Senate sitting he expressed concern that the COVID-19 stimulus package was insufficient and that government should do more, DeAllie said “it is very disappointing to know that members of the private sector including the hotel group that had access to these monies had engaged in activities that put their own employees at risk and [having them] not receiving monies….”

Recently, it was Prime Minister Dr the Right Hon Keith Mitchell who revealed that some businesses gave false information in their application; thus, delaying the processing for employees to receive monies. There were also reports of employees receiving less than they should have from employers and added to that, there are reports that businesses have not been remitting employees’ contributions to the National Insurance Scheme (NIS).

The Senator said he does not understand the Prime Minister’s position on the issue when Dr Mitchell said that government does not intend to take legal action against those businesses which falsified information on applications for stimulus assistance.

He noted that these businesses had signed an agreement stating that if they were found to be negligent they ought to repay.

De Allie told the Upper House on Wednesday, “I think we would go further and name and shame them. I don’t believe that this is an issue we should just put aside.”

Acknowledging that there are some businesses within the private sector that follow the rules, Senator DeAllie said he doesn’t think COVID-19 is an excuse for others to break them.

He said persons have complained to him of receiving less monies than expected and when they inquired, they were threatened to be dismissed. This, the Senator urged is not treating employees as “assets.”

Therefore, he reiterated his belief that such businesses should be held accountable.

Senator DeAllie was not alone with his thoughts in the Senate as Labour Representative in the Senate, Andre Lewis supported the idea that Government’s stance to not take action is sending the wrong message.

He stated that if the labour movement was part of the evaluation committee, its representatives would have been able to flag such shortcomings in the system.

Thus, he chided Government for leaving out the labour movement from decision-making committees in dealing with issues relating to COVID-19.

Government Finances and the Economy