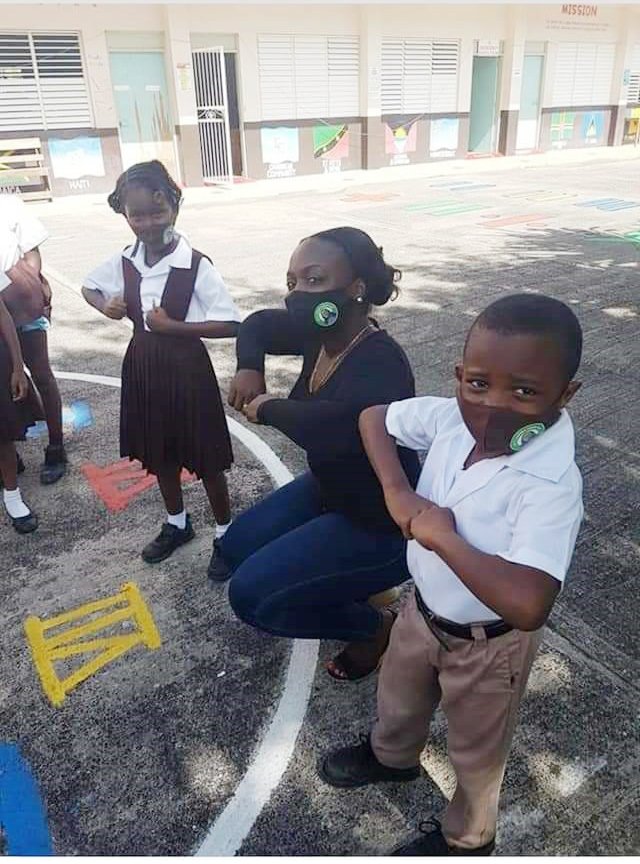 The National Democratic Congress (NDC) said that the branded face masks, which were distributed in primary schools with the image of Minister Kate Lewis of the ruling New National Party (NNP), is objectionable.

Lewis is the Member of Parliament for Saint Andrew North East and the masks were distributed to primary school children in that constituency where she posed for photo ops with them while wearing the masks.

The NDC condemns this flagrant exploitation of our young children, who are not of voting age and calls for an unreserved apology from the MP followed by her resignation as Minister in the Prime Minister’s Ministry with responsibility for Youth Development.

In a statement on the issue, the NDC said “By this egregious act, Ms Lewis has demonstrated that she is unfit to hold this portfolio. All Grenadians should join with the NDC in strongly condemning this abuse of our children. It is unacceptable that children and vulnerable people can be used in such an appalling and opportunistic manner.”

The NDC made reference to the Bahamian Youth Minister who similarly conducted herself, “not only was she disciplined, but Prime Minister Hubert Minnis and other Government MPs publicly apologized. We call on the leadership of the New National Party (NNP) to publicly state their disapproval of this action and to condemn such exploitation of our children.”

The decision to make and distribute branded masks to be worn by children, is an indication of the extent to which decency and morals are abandoned by some for political mileage the party said, noting that there are suitable occasions when our public figures will appropriately interact with children.

“Some of these interactions may be photographed, but this level of exploitation is unfortunate and should never reoccur,” NDC said.