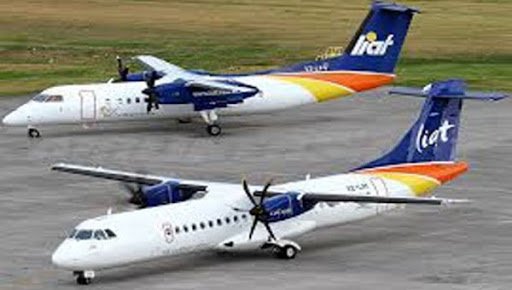 A new LIAT (Leeward Islands Air Transport Services) is underway in keeping with the Government of Antigua and Barbuda’s commitment to ensure the restructuring and return to commercial service of the regional airline.

In April 2020, LIAT (1974) suspended all flights and in June 2020, the Prime Minister of Antigua and Barbuda announced that LIAT would be liquidated following a series of unsuccessful months due to COVID-19 with the closure of airports. The airline was reformed as a new entity (LIAT 2020) that provides vital connections between the Caribbean islands and in November 2020, it resumed operations but on a limited schedule.

Almost two years later, Sept 30, 2022 saw the signing of a Memorandum of Understanding (MOU) in Antigua between the Government of Antigua and Barbuda, and the CFA Global, a subsidiary of Caribbean Tourism Group (CTG), a private regional company involved in investments in travel, tourism, and aviation.

According to the agreement, CTG trading as “LIAT International” will deploy a fleet of small, medium, and large aircrafts, including Airbus A330, Airbus A320 and ATRs, in passenger service to the Caribbean and South America, along with international travel routes from Europe.

Further, the MOU seeks to develop international routes that will bring tourists and business people from Asia and other parts of the world to the Caribbean, using Antigua as a gateway.

One of the proposed routes is from Frankfurt, Germany to Antigua, which could become a viable connection for visitors from China now that a visa-waiver agreement between China and Antigua is set to be signed.

This visa-waiver would mean that Chinese citizens do not need visas to travel to the Caribbean nation and can reach the region in the shortest time in transit through Frankfurt.

On arrival in Antigua, the passengers will then have the option, using LIAT 2020 or LIAT International routes, to travel to various other Caribbean countries.