HomePoliticsNNP forced to make changes due to COVID-19 pandemic
Politics

NNP forced to make changes due to COVID-19 pandemic 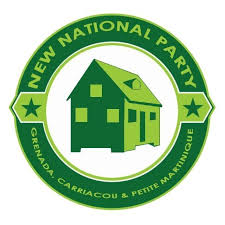 The COVID-19 pandemic has caused the New National Party (NNP) to abandon its constitution with respect to hosting major events.

NNP General Secretary Roland Bhola said according to the constitution, it is mandatory for the party to host its convention and general council meetings annually, but due to the pandemic these had to be cancelled this year and the format for 2021 has changed.

Speaking at the party’s press conference last Thursday (Nov 05) at Mt Helicon, Saint George’s, Bhola explained that the constitution “says that during any given year, which in our case starts from January to December, the party should hold at least three major events; one being a convention where there will be the election of officers for various executive positions in the party and which is the highest decision-making body of the party; and two general councils.”

As customary, the general council is held before the convention; however, the executive is proposing to hold the convention first and extend the period for the party’s executive as elections is due.

“The executive of the party has taken a decision that we may change the format for 2021 and instead of having the general council then convention, we may do our convention within, coming to the end of the first quarter of the year and then the two general councils,” Bhola stated.

He informed that the reason for the proposed change is “that the present executive, come the end of October into November would outlive its year in office.”

The General Secretary is hopeful that next year the party would be able to host the convention as in pre-COVID-19 days.

Reiterating why the mandated activities weren’t held this year, Bhola said “While we do not foresee any major issues, we do not want people to believe that we have thrown aside the democratic systems that we are accustomed to and been very loyal to. It was simply because of the present-day conditions that’s why we could not do it.”