No answers for Mt Craven and Mt Rodney area residents 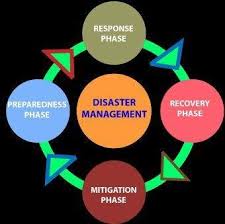 The MCDEPMO organised a public meeting at the Fir Community Centre in Saint Patrick on October 13 to address erosion of the Mt Craven and Mt Rodney beaches, the threat to families living near the sea and the potential loss of the road to Darvey.  Approximately 70 residents attended the meeting, at which questions were asked of Parliamentary Representative for Saint Patrick West Hon Anthony Boatswain, Parliamentary Representative for Saint Patrick East Hon Pamela Moses and Mr De Caul, the contractor for the Breakwater Wall in Sauteurs Bay.

There were no representatives from the Ministry of Civil Aviation, Tourism, Climate Resilience and the Environment. Reports from the meeting stated apologies were offered on behalf of Senator Simon Stiell, who has specific responsibility for Climate Resilience and the Environment, and Senator Winston Garraway, Minister of State in the Prime Minister’s Ministry with special responsibility for Disaster Preparedness.

Initially, attendees were given assurances that the mitigation work for the beaches and the remainder of the Breakwater Wall are priorities in the 2021 budget, with a plan to be presented later in the meeting. The parliamentarians referred to the financial impact of the coronavirus pandemic on government revenues. However, residents pointed out that the disaster at the beaches “has been going on for three years.”

“Despite intense questioning and contributions from the floor for nearly three hours, no plan for mitigation for the beaches and the road was forthcoming; this became clearer as the Parliamentary Representative for Saint Patrick West repeatedly asked the audience what their plan would be.  The lack of clarity in relation to the way forward left the community members frustrated and angry,” the

Mr Boatswain repeatedly stated there is no scientific evidence to prove the Breakwater Wall is responsible for the destruction of the adjacent beaches; referencing previous storms, global warming and the threat of a tsunami from Kick’em Jenny.

“He also said that people would be able to continue having businesses on the beach, which confused some community members on reflection post meeting.  Some also wondered why the threat of tsunami has never bothered the Parliamentary Representative until now, as he has been representing this part of St Patrick since 1999, causing them to ask, ‘what really is the reason for moving people off the beach at this juncture?” according to the MCDEPMO report.

The contractor told the meeting that he awaits a report he funded to have experts evaluate what is happening on the beaches with recommendations as to the way forward.  The group notes this contradicts previous information from Hon Boatswain to community members, when he stated that the government had earmarked $3 million in 2018 for mitigation on the beaches and a sketch of a plan was presented as to the way forward.  A suggestion from the floor was that a retaining wall be built in Sauteurs Bay to protect Low town, the breakwater wall be dismantled, which should then see the adjacent beaches naturally restored.

It was also claimed during the meeting that an application was not submitted to the Planning Development Authority (PDA) to construct the Breakwater Wall.  This was said by a person who was allegedly part of the Planning Department when the construction was started and made several enquiries as to what was happening in Sauteurs Bay.