No queries submitted to CXC over ungraded results 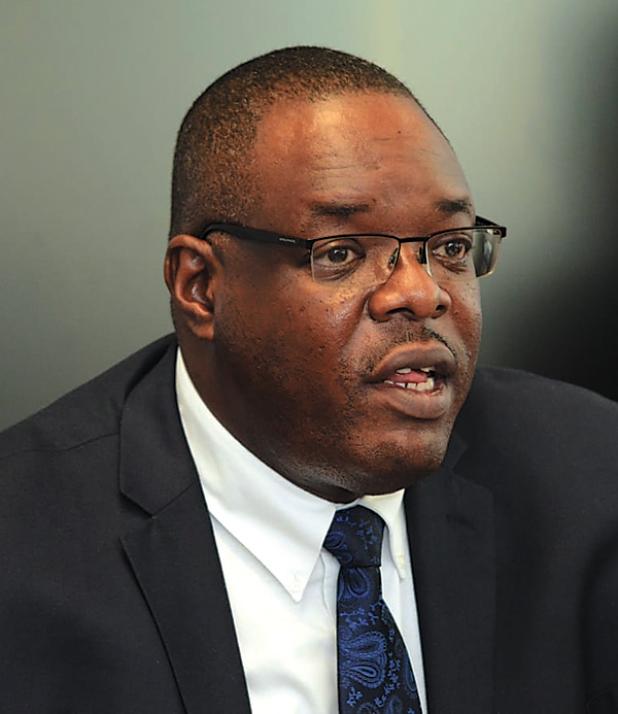 Grenada is not among Caribbean countries that have made formal queries to the Caribbean Examination Council (CXC) about examination results released last week.

Minister of Education, Hon Emmaline Pierre, said the ministry has until the end of October to submit official queries and it is pre-mature for Grenada to make a statement.

“We await the schools to take a scientific approach in analyzing the data before submitting concerns,” she said.

Minister Pierre was speaking on a local radio programme on Wednesday (September 29, 2020) along with Deputy Chief Education Officer (CEO) with responsibility for Testing and Measurement, Mrs Michelle Peters-George.

The Deputy CEO revealed that the data so far points to Grenada not having any problems different to previous years.

“We have not seen a decline that is so low in any area that it raises a red flag,” she said.

Meanwhile, there are reports that schools have begun to submit formal queries to the Ministry regarding their academic performance at this year’s Caribbean Secondary Education Certificate (CSEC) examination. Submitting queries were students from St Joseph’s Convent (SJC) – St George and Anglican High School while a student from the Grenada Boys Secondary School (GBSS) requested a review of a grade.

As it relates to the Caribbean Advanced Proficiency Examination (CAPE), students received results that were ungraded in seven subject areas: Pure Mathematics, Entrepreneurship, Environmental Science, Management of Business, Sociology, Communication Studies, Caribbean Studies and Law which, according to TA Marryshow Community College, are under review.

During Tuesday’s post Cabinet briefing, Minister Pierre explained what may be the cause of the ‘ungraded’ results. “We knew there was a problem there because many of these students’ School Based Assessments (SBAs) were late and when attempts were made to upload those unto the CXC platform there were difficulties.”

She continued, “We had already notified CXC several times before that we were having some problems. But we cannot attack CXC, they extended the deadline several times and some students were still late with that final deadline.”

Nonetheless, Minister Pierre said, “We have given assurance to students and parents that CXC did agree that they will accept those grades and they will issue new statements to students as it relates to their performance and that has been done in the last week and we await new results for those students.” Peters-George, explained that a query is when a student is claiming to be present but CXC records show the student is absent or a student receives an ungraded result which indicates that the candidate missed a component of the examination or there was an incomplete submission of a component of the examination.

There are no costs to queries, she said, noting that it is done through the schools, through the Ministry of Education to CXC.

The Deputy CEO explained that a review is when a candidate got a grade that he or she is not satisfied with. The school enters the relevant information on behalf of the student to Online Registration System (ORS) and forwards it to the Ministry of Education. The student pays a fee of $30 (US); once the bank draft is received in the name of CXC by the Ministry, it will be forwarded to CXC to commence review.

She warned however that at the end of the review, the grade can still remain unchanged.

After the release of results on Sept 22, a petition was launched on Change.org, calling for a thorough review of the grades and it has been signed by several individuals across the region.

However, CXC has not committed to having a review of all the grades awarded this year, but called on schools to make formal complaints which it promised to address.

Registrar and Chief Executive Officer (CEO) of CXC, Dr Wayne Wesley, at a press conference last Friday, noted that reviews will only be done in cases where complaints or requests for reviews are submitted by the respective Ministries of Education.

Defending the integrity of the grading process, Dr Wesley did not agree to possible anomalies, noting that there are rigorous cross-checking measures. He explained, “that quality assurance ensures there is detailed check of every single subject with a detailed report and as is customary at the end of our assessment period, that there would be queries that would be made. That is why there is a window between preliminary results being released and final results being released. Those concerns that are raised, we will treat with and provide the requisite responses.”

He also noted that despite the changes to the examinations due to COVID-19 challenges, the grading system remained the same.

Nonetheless, the CXC Registrar pointed out that “the overall performance shows an improvement for the performance of the region in both CAPE and CSEC. I think the notion that there is widespread achievement of less than acceptable grades is exaggerated.”

He added, “In fact, this year you have less persons receiving less than acceptable grades of any other period for the last three or four years.”