No repayment yet by Sheldon Scott 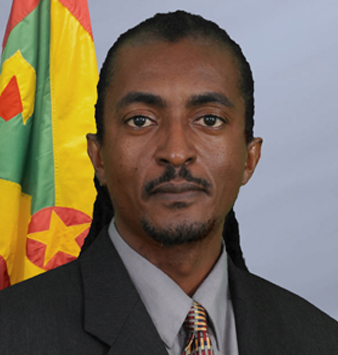 While it is unclear if Sheldon Scott’s repayment of over EC$70,000 to the State has commenced, Prime Minister Dr the Right Hon Keith Mitchell recently stated that this “is not something we would let rest as we pointed out before.”

Appearing as a guest on a radio programme last month, the Prime Minister was asked if Scott has repaid the monies, to which he responded with a chuckle, “No, I don’t think it has been repaid yet… Sheldon was not right to do what he did and so the system we had, was broken,” adding that his Government takes full responsibility for what happened “and we will do everything possible to ensure that it is corrected.”

In July 2019, the public was made aware by political activist, Kem Jones on a radio talk show that Scott has been illegally using a government issued cell phone, long after he has left his government-appointed position and was directly engaged in working for the NNP.

On his radio show, Scott announced that he wrote a letter to Permanent Secretary in the Ministry of Public Utilities, Patricia Clarke, accepting responsibility and offering to enter into a repayment arrangement. “I acknowledge this number [was] assigned to me in May, 2013 in my capacity as Parliamentary Secretary in the Ministry of Youth and Sports and has been in my possession up to the end of my parliamentary stint up to the end of June 2016.

“Said number remained in my possession after June 2016 and as such, I accept full liability and responsibility for all charges incurred on said account Digicel number 1 473 534 5113 from July 2016 to the present date.”

The accrued charges were for data usage and far exceeded the prescribed amount under the government’s bundle packed with Digicel.

Dr Mitchell on the programme reminded that there were other ineligible users of State-financed mobile service, who as stated last year by Press Secretary Philomena Robertson, had been ordered to repay the government.

The Prime Minister however, blamed Digicel and said that company should take responsible for the problem.