HomeBusiness“Notable performance” by Ariza for 2021
BusinessNews

“Notable performance” by Ariza for 2021 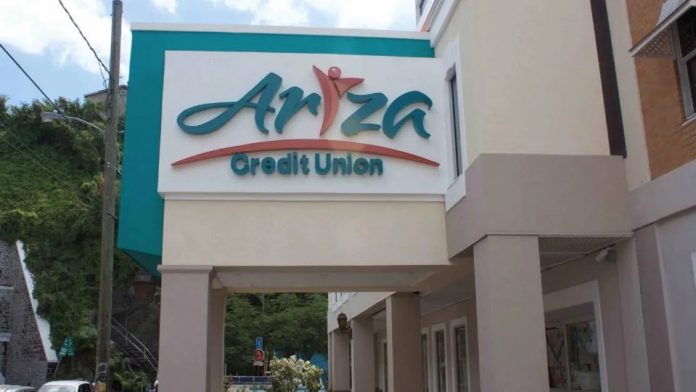 “Total assets crossed the half a billion-dollar threshold with gross loans of over four hundred million dollars ($400M). This was coupled with an operating surplus of over ten million dollars ($10M). Your credit union is on the right trajectory,” said Ariza’s outgoing president Denis Cornwall in his message to members as recorded in the 2021 financial report.

Cornwall, who is now a government minister, also reported that “The Ridgeway Residences project [in Morne Jaloux, Saint George] experienced significant traction resulting in the firm negotiations for the sale of two houses and initial discussions for at least five more.”

He said the completion of the car park has generated sustained use and revenues over the last year and the credit union’s presence at the Petite Martinique Day celebrations in New York provided much exposure and business in that the Ridgeway Residences project drew significant interest.

The outgoing president noted that “Notwithstanding our successes, post-pandemic delinquency continued to be a challenge as we pursued several strategies to counter the rise in the level of

He regards 2022 as a “very special and significant one as it will usher in a year of celebrations in recognition of our 75th anniversary, and will be one when we recognize the contributions of many of our stalwarts and trailblazers.”

In addition, Cornwall stated that 2022 will be a year of transition in the leadership of the credit union, as Lucia Livingston-Andall, who has been at the helm for the past 25 years, demits office for a new phase in Ariza’s evolution to begin.

Also demitting office this year is Florence Williams, Executive Manager for Loans and Credit Administration under whose tenure since 2006, the loans portfolio has grown to over $500 million, Cornwall said.

Addressing attendees at the 74th AGM was Minister of State with responsibility for Agriculture, Lands, Fisheries and Cooperatives, Senator Hon Adrian Thomas. In commending Ariza on its performance, he noted that “government welcomes the success within the credit union movement and anticipates the building of a strong and strategic alliance as we seek to engaged all citizens, institutions and sectors in the transformative development of our tri-island state.”

Executive Officer of the Grenada Authority for the Regulation of Financial Institutions (GARFIN), Denis Felix, lauded Ariza’s “notable performance,” noting that its total assets of just over half a billion dollars accounted for 44.6 % of the total assets of the credit union sector. “This makes Ariza the largest credit union in the sector and has resulted in its designation as a systemically important credit union and an integral part of the financial system,” he said.

However, Felix zeroed in on the loan delinquency performance, which “deteriorated from 5.8% in Dec 2020 to 7.2% in Dec 2021.” He said though this was expected based on a regional study on the impact of the COVID-19 pandemic and “while credit unions must be commended for their steady performance during 2021, we must continue to monitor the delinquency situation closely while at the same time implementing creative measures for improvement.” And accordingly, he appealed to directors to work with regulators to protect the gains of the credit union.

The executive officer shared that as regulator, measures were undertaken to protect credit unions’ gains and enhance its supervisory efforts by among other things, completing regulations to amend the Cooperatives Societies Act and implementing a risk based advisory framework.

To those elected to serve on committees and boards, Felix advised “to be prepared to accept the challenges of running the credit union in a prudent and safe manner” as operating a credit union is becoming increasingly challenging due to the expected high standards of accountability.