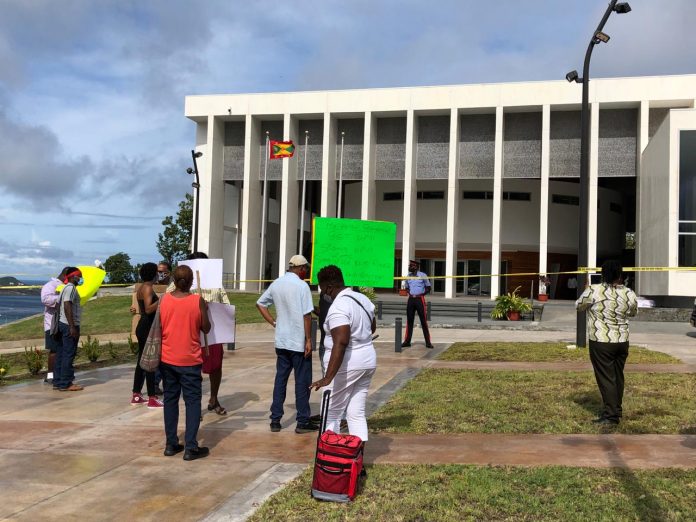 Grenadians from several groups have protested against the proposed 2020 COVID-19 Control Bill, which they expressed will take away some constitutional rights and freedoms. On Monday, the 2030 Youth of Grenada stood in the yard of the Ministerial Complex at the Sir Eric Matthew Gairy Botanical Gardens, and called for the Bill to be withdrawn and consultations held. The group included Opposition Senator Terry Noel, former youth ambassador Joel Greenidge, Michelle Alexander and Augustine Lewis. They voiced that their stance is not political, but for the betterment of Grenada and future generations.

When Parliament met on Wednesday, members of the National Democratic Congress, civil society, Labour Senator Andre Lewis, 2030 Youth of Grenada, among others, converged in front of the Parliament building at Mt Wheldale, Saint George with placards bearing messages in protest of the Bill under the watchful eyes of the police. The media and members of the public were not allowed into the Parliament building as there was not enough space to accommodate the six-foot distancing protocol.

The proposed Bill seeks to regulate the containment of the spread of COVID-19 in the interests of public safety, public order and public health. In response to the public outcry, Cabinet, during a special session on Sunday, agreed to withdraw the Bill from the order paper and promised public consultation. Protesters are concerned that the Bill would give too much power to the police to arrest without a warrant, the high fine of $25,000 and the one-year duration or until a vaccine is found.