HomeNewsOnly the vaccinated can attend
NewsSports

Only the vaccinated can attend 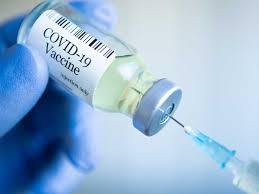 Only fully vaccinated fans will be in The National Stadium when Grenada hosts its first international sports event since the pandemic.

“I do not see, at this point in time, going beyond fully vaccinated individuals,” Minister of Health Hon Nicholas Steele said in response to questions at Wednesday’s post Cabinet press briefing about who will be able to attend the five T20 cricket matches between the West Indies and South Africa. This means that anyone under the age of 18 will not be considered, according to Chief Medical Officer Dr Shawn Charles.

“We do not yet have a vaccine that is recommended for persons under 18 years so those people are unvaccinated. So those persons will not be considered as fully vaccinated and, as such, unfortunately are not considered here,” Dr Charles confirmed.

Chairman of the Local Organising Committee Troy Garvey, who was at the briefing to officially announce the matches for June 26, 27 and 29 and July 1 and 3, reported that “serious consideration is being given for protocols to be established to accommodate persons who are fully vaccinated at the venue.”

Dwain Gill, president of the Grenada Cricket Association and one of 18 members of Cricket West Indies (CWI) Board of Directors, gave the assurance that preparations are going well, notwithstanding that Grenada was called upon at “very short notice” after Trinidad and Tobago had to forego the event due to COVID-19.

“We believe we have the capacity and ability,” to successfully host the five T20 matches, given that Grenada is “accustomed to hosting international cricket,” Gill said, adding “we  saw it as an opportunity for Grenada to welcome back cricket into the Caribbean, and into Grenada.”

Other than vaccinated fans, players, team officials and Stadium staff, the only other persons allowed in the venue will be the international sports broadcast media and the West Indies Cricket commentators, which is contracted to small team from Dominica.

As to who will have the rights to broadcast the games on local radio and television, this will be determined by CWI, Garvey said.