HomeLettersOpen letter to the RGPF
Letters

Open letter to the RGPF 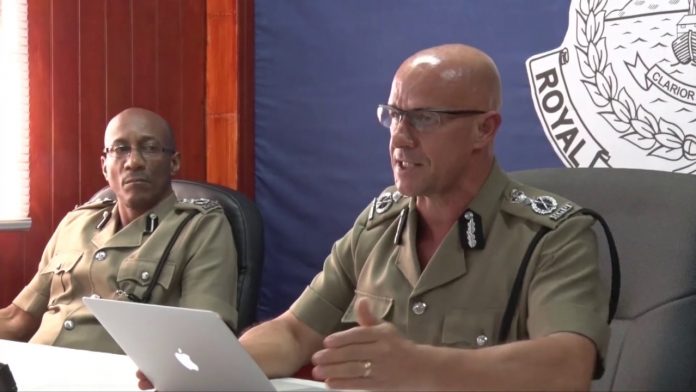 I wish to bring to the attention of Mr Edvin Martin, Acting Commissioner of Police and Mr Vannie Curwen, Officer in Charge of CRD an incident that occurred on December 25, 2019.
Mr Joseph Jackasal was arrested for what we believe to be public intoxication. According to what I have been told, the gentleman possibly had a cutlass in his possession, to which he used to peel coconuts at that time. I have also been reliably informed that there was another incident across the street. Two people caught fighting in an unrelated incident were reported to police.

The officers arrested the two, then noticed Mr Jackasal who stood in an adjacent property and arrested him as well. I have been informed this was on a Wednesday.

Mr Jackasal was kept in Police custody and brought to court the Friday. On that Friday, the magistrate cancelled the hearing and as a result the gentleman was sent to Richmond Hill Prison (together with all the others arrested over the holiday period). He was eventually granted bail on or around Old Year’s day.
Upon his release, he returned to the Police Station in Grenville to retrieve his items which consisted of a mobile phone, cutlass, jewelry (two rings and a watch) and money. Surprisingly, Mr Jackasal was told by an Officer that his confiscated valuables were not at the Station of his arrest. He was then advised that he should return to the prison to retrieve his belongings as the items were sent there.

As advised, the gentleman went again up to Richmond Hill where he was told Officers did not send any items belonging to him.

He then went back to Grenville Police Station where he was told there’s nothing there for him and he would again have to return to Saint George’s to file a complaint. As inconvenient and incomprehensible as it was, Mr Jackasal did as he was instructed. To date, months later, no representative of the RGPF has called the gentleman to update him on the matter. I have been informed that his arresting officer was one Constable Phillip.
Nonetheless, given the mandates of duty, one would expect the public peace officers to:

Allow Mr Jackasal his right to make a statement about the possible theft of his valuables at the Grenville Police Station; which should be handed over to CRD by officers.

Afford Mr Jackasal the right to speak to the OIC.

Secure the valuables of Mr Jackasal until he exercised his right to return and sign for collection.

Update Mr Jackasal as he has a right to be informed as to the progress of his complaint.

I urge you to ensure Mr Jackasal’s rights are not continuously violated by individuals within the RGPF who collect our hard-earned tax dollars. I trust you would either contact Mr Jackasal or myself. I look forward to a speedy and favorable response which should include: