HomeNewsOpposition Leader warns he would not be silenced
NewsPolitics

Opposition Leader warns he would not be silenced 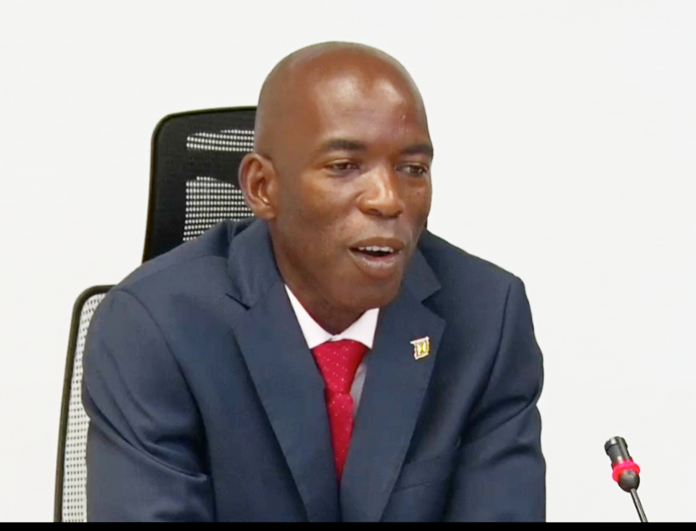 “If it is that they want to silence the Leader of the Opposition or to dumb down the Leader of the Opposition in some respect, then they have something else coming for them. They are looking at me and saying that they could walk over Tobias Clement. I won’t let that happen…if the fight is on, then fight will be on for the heart and soul of Grenada, Carriacou and Petite Martinique.”

Words of warning from the recently appointed Opposition Leader Tobias Clement during a media conference on Wednesday.

He believes “There is a concerted effort in Grenada, maybe to silence the Leader of the Opposition or that there should be no leader of the opposition and to make the voices of the people that are of like- mind not heard.”

Clement alleged that this effort is not only being made via the President of the Senate or the Speaker of the House but referenced the Grenada Broadcasting Network (GBN) which for years has accommodated the opposition on Tuesday mornings.  GBN has recently diversified its programming to include other voices in that slot.

However this is not sitting well with the Opposition leader. “Since when are NGOs, other political parties or civil society, part of the Opposition?” he asked.

GBN’s General Manager Odette Campbell had little to say on the issue. She told The Grenadian Voice that “The time is available for Mr Clement whenever he chooses to make himself available.”

More so, the Opposition Leader is taking issue with a May 27, 2020 letter received from the President of the Senate and the Speaker of the House reprimanding him that he did not inform them of his moves re the appointment of senators and his secretary.

Clement said prior to his response via letter, he consulted the Constitution of Grenada and Standing Orders of Parliament which advised him that he answers only to and should only go to the Governor General.

Promising to publicize the letters and his response at next week’s media briefing, Clement asked, “when did we get to this stage?”

At Wednesday’s briefing, the Opposition Leader again voiced his displeasure that Her Majesty’s Opposition is not being respected by Government, in that his offices are not functional as the amenities needed were not given, because the financing was not given.

Clement stated that an office yet to be created for his secretary, noting that directives were given to stop the amendment to the parliament building for that purpose.

The Opposition Leader also referenced a recent breach in security where $700 were removed from his secretary’s bag, which was placed in his office, allegedly by someone within the cleaning staff. The monies however, have since been recovered.

He then questioned whether due diligence was done by Ministry of Works in hiring the cleaning staff, who has access to the building after hours.

Meanwhile, the Opposition Leader, who was appointed on April 14, 2020 and has since named two senators, indicated intent along with like-minded persons to form a new political organization.