HomeEditorialPay the pension and ease the tension
Editorial

Pay the pension and ease the tension 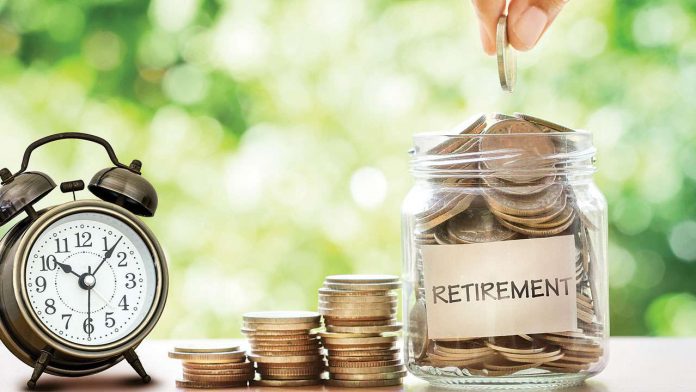 The Grenada Government said that it is committed to solving the complex issue of pension for public servants. However, finding the money is not easy. As we listened to the Attorney General during the week, payments must go back even to public servants who have died before receiving what’s due to them. The pension scheme for public sector workers has been in contention with previous governments, until Tuesday’s ruling by the High Court. Many of us are not legal minded and so to get an appreciation of the issue we are following the arguments put forward on all sides.

According to the Attorney General (AG), the High Court ruling delivered March 29, 2022, declared that The Pensions (Disqualification) Act Cap 230A as amended, is unconstitutional, null and void. The Court held that the pre-independence pension laws continue to be the pension scheme applicable for the payment of pension to public officers joining the service after February 1985. In rendering the decision, the judge acknowledged the legislative intent for the National Insurance Scheme Act (NIS Act) for public officers to be paid pension based on the provisions of the NIS Act. However, having regard to the decision of the Court of Appeal in McQueen v The Public Service Commission which dates back to 199Os, as a High Court, it was constrained to render a decision consistent with that case, although that case dealt specifically with pension where a public officer was compulsorily retired. The High Court commented on the need for the Court of Appeal to clarify its ruling and the applicability of the McQueen case on the state of the pension laws in Grenada. The AG sent a serious message that the latest court ruling has deep and serious implications for the economic viability of the state.

While the recent ruling is seen as a landmark victory for workers, it was brought to light that some people are not entitled to receive payments even though they were on the job for the required period. This newspaper has learnt from the President General of the Grenada Union of Teachers (GUT) Jude Bartholomew that there are teachers in primary and secondary schools who have been temporarily employed for over 15 years. The GUT sees that as unfair game and is calling on the government to count those years of service of the workers for compensation. There are also people holding such titles as CEO, PS, Police Commissioner acting.

The government and the union agreed on pension where they combined the government pension and the National Insurance Scheme (NIS) pension which made it 70%. But what they did not cater for is the gratuity for public workers and it seems therein lies the contention. Many people preferred gratuity but it seems that the government favoured the lumpsum. So the union took the matter to court. The government is quoted as saying that there are people who opted for what they are offering – 70%. But the unions generally did not accept that. What is happening now is that the government would have to find more money because if they were giving the 70% combined, (government and NIS), they would have had to pay out less with the gratuity. But now that the unions have won the case everybody across the board will have to get the 66 2/3% from the government plus their NIS. Government will have to find much more money now to pay public officers based on the court’s ruling.

As general elections draw near politicians are giving their two cents on the issue. A statement from a fairly new political party The Grenada Movement (TGM) revealed that both of the dominant political parties in Grenada had opportunities to find a solution. NDC twice, from 1990 to 1995 and 2008 to 2013; and NNP for the rest of the time since 1983, firstly under the late H A Blaize and Ben Jones from December 1984 to 1990 and under Dr Keith Mitchell, 1995 to 2008 and 2013 to present. However, Attorney Dickon Mitchell, the present leader of the National Democratic Party (NDC), has stated that his party is committed to upholding the rule of law and to honouring and complying with the rule by the court. The NDC, he said is committed to resolving the pension and gratuity issue in favour of public servants who have retired and those who are yet to retire.

The High Court has ruled! Justice Glasgow has declared the 1983 Pension Disqualification Act unconstitutional since the law of 1958 was never repealed. It must be noted that this is not about restoration of pension; the effect of the court’s ruling is that public officers have and always had the right to a pension.