The two regions comprise 68 member states, which is over one-third of the United Nations’ 193 members, under the umbrella of the new geopolitical grouping, known as AfCAR, is an initiative founded by the Ambassadors and Permanent Representatives of Grenada and Botswana in February 2020. In delivering the AfCAR statement on behalf of the 68-member grouping, Her Excellency Ambassador Carolyn Birkett, Ambassador and Permanent Representative of Guyana to the United Nations, spoke of the horror caused by the Transatlantic slave trade which separated almost 12 million Africans from the motherland and created what is now seen as a diaspora in the Caribbean.

This issue will most definitely come up for scrutiny since it is not known that Africa as a continent has issued an official statement on the issue of slavery even while other countries apologized for their part in converting human beings into slaves. The regional steering committees for the initiative comprise the ambassadors of Algeria, Botswana (co-Chair), Cameroon, Eritrea, Kenya, Morocco, Rwanda and Sierra Leone, and from the CARICOM Caucus, the ambassadors of Antigua and Barbuda, Barbados, Grenada (co-Chair), Suriname and Trinidad and Tobago. The members also highlighted the issue of reparations, which is “pivotal to restorative justice and to creating opportunity and equity for those whose limbs and lives were used without mercy or remuneration to build societies and strong economies”. The Group further underscored the role that the multilateral system could play to ensure that the stain of slavery is finally lifted from the lives of people of African descent.

All this came after the 2020 events sparked by the death of George Floyd in the United States and the emergence of the Black Lives Matter movement, brought into sharp focus the need to pay more attention to addressing the legacy of slavery and the transatlantic slave trade.

One of our readers, said that while he appreciates the step forward in African/ Caribbean relations on the global stage, he is ambivalent (unsure) about this newest development. He remembers being referred to as “son of slaves” by Africans in England and also remembers the role played by a tribal Africa in the slave trade as a business. He expressed concern that Sierra Leone is the only African country involved in that trade whose UN Representative is on the Steering Committee; noting the absence of Nigeria or Ghana – the principal West African countries in the slave trade. His question is why are they not playing a leading role? Could it be that at home the issues of tribal superiority and inferiority that energized slavery are still alive?

The reader told The Grenadian Voice that he would have been happier to be reading about deepening the cultural ties between Caribbean and African people in a project of ‘cultural restoration’. While the Reggae music from Jamaica is well received in Africa and African Gospel music is seeping into the Caribbean, not a single African language is being taught in our schools. The purpose of AfCAR is said to be broadly anchored on reinforcing the historical bonds between African and CARICOM states, based on common aspirations and the three principles of solidarity, partnership and multilateralism for the common benefit of the two regions.  So we await to see the successes as it seeks to ensure a structured and coordinated approach and cooperation on issues of common interest.

AfCAR further highlighted an interesting fact that the legacy of slavery is seen today in entrenched and systemic racism. It also noted that the COVID-19 pandemic revealed deep disparities in the care and outcomes for persons of African descent and other minorities impacted by the coronavirus. With the outcry of Black Lives Matter heard around the world, and in what could only be described as a most emotional moment we heard that at the Commemoration, the General Assembly, including the President of the General Assembly, Volkan Bozkir, and the Secretary-General of the United Nations, António Guterres, stood in solidarity with ending racism. This most certainly is great news.

Now that AfCAR has made its debut within the United Nations, the group is expected to enhance and deepen its cooperation and be more active on issues. This will most likely be followed closely by people of African descent. 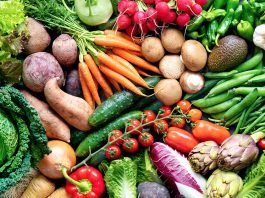