HomeRegionalPeople are called to control Dengue Fever in the Caribbean
Regional

People are called to control Dengue Fever in the Caribbean 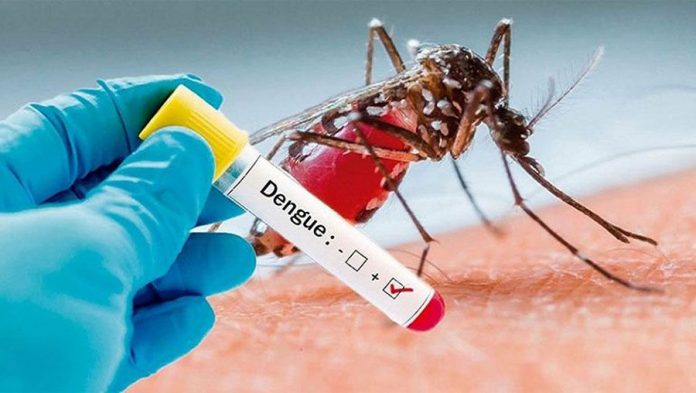 In Saint Vincent and the Grenadines, the Surveillance Committee of the Ministry of Health, Wellness and the Environment is currently investigating four deaths over the last three weeks in persons who presented with symptoms suggestive of Dengue Fever and quickly deteriorated, some with features of acute kidney failure.

One elderly female was confirmed on laboratory diagnosis to have had Dengue Fever. One young male was negative for dengue fever, Zika and COVID-19. Another young male died before the dengue test could be completed. The fourth person was negative for COVID-19, but some of their other results including dengue, are still outstanding.

Dengue Fever is a mosquito-borne disease transmitted by the bite of the Aedes Aegypti mosquito. Persons infected with the virus develop signs and symptoms on average five days after being bitten by the mosquito.

The most common symptoms of Dengue Fever include fever, headache, pain behind the eyes, muscle and joint pains and a red itchy rash. Characteristic in children is the appearance of glands to the neck. Symptoms generally last for five days with resolution of the fever at day five.

In its more severe form, persons may experience bleeding from the gums or nose, vomiting blood or passing blood in the stool and/or severe abdominal pain. There is no vaccine or specific treatment for dengue. Management is strictly supportive based on presenting symptoms.

Simultaneous infection of individuals in the same household has been noted in this outbreak of Dengue Fever.

Ministries of Health are reminding the public of the importance of reducing their exposure to the mosquito which causes dengue by:

In Saint Lucia, there are reports of over 500 confirmed cases of Dengue fever according to the Ministry of Health, as reported on Friday, October 02.

An update from the Ministry says: ‘Although cases have been identified throughout the island, most of the confirmed cases are concentrated in the northern region in areas such as Castries, Bexon and Central Babonneau. Fifty-three percent of the cases are male, indicating a slightly higher occurrence in the male sex.

“The age group 5-14-years accounts for approximately 39 percent of cases, of which 57 percent are male. A total of 128 confirmed dengue cases have been hospitalized. Fifty-six percent of these hospitalized cases are male, of which the less than 14-year age group is most affected.

“All 4 serotypes of Dengue have been known to circulate and for 2020 both serotypes 2 and 3 have been identified in the population accounting for 14 percent and 3 percent of the cases respectively.”