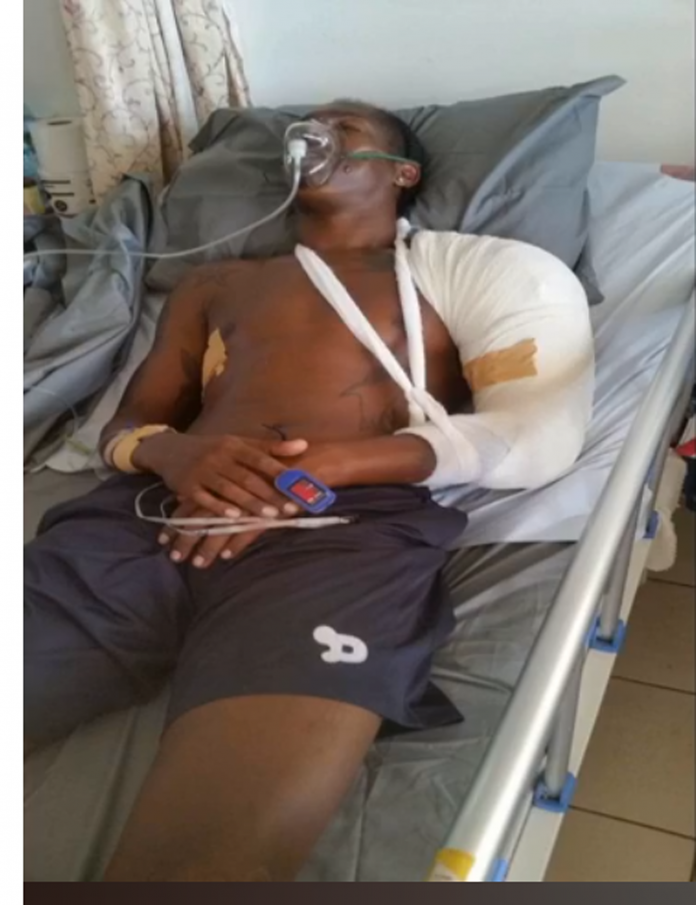 The Royal Grenada Police Force (RGPF) said it has commenced an investigation into Wednesday’s Police-involved shooting incident, which sparked protests from residents of Fontenoy in Saint George.

Reports are that the man, who coaches young people to swim, was on his way to work while smoking the illegal drug cannabis and was seen by passing Police. He immediately started running away, but was followed by the Officers and shot in the arm.

Regis is now warded at the General Hospital.

A news release from the RGPF said, “Preliminary information is that a male in his twenties, received a single gunshot wound, during a Police operation conducted in the early hours of Wednesday,” adding that “The Royal Grenada Police Force (RGPF) is committed to upholding an impartial and transparent investigation.”

People have been using call-in programmes to question the idea of the Police having to investigate the Police.