HomeNewsPolice say the ambulance was not restricted
News

Police say the ambulance was not restricted 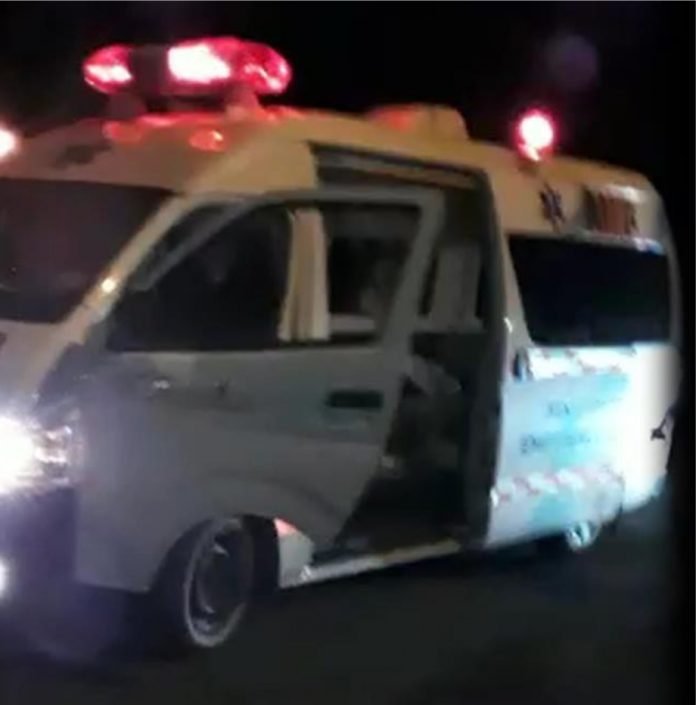 The Royal Grenada Police Force (RGPF) has released its findings into claims that an emergency vehicle was denied access on the main road in Saint George’s.

According to the Police, in an effort to control the flow of traffic at a vehicle checkpoint during curfew hours at the Government House Roundabout, several road blocks were installed in that area.

A video in circulation on social media and an allegation made by a supposed eye witness on GBN television newscast on Tuesday February 08, 2021, alleged that the ambulance on an emergency run was denied access and delayed deliberately at a vehicle checkpoint.

The Police are saying that the information is misleading and does not give a true account of the entire encounter.  “Based on evidence obtained, the emergency workers on route from the Lucas Street direction heading towards the White Gun area, on encountering the Police at the checkpoint, uttered insulting remarks to the officers on duty. Based on their initial comments expressing their displeasure with the police enforcing the Emergency Powers Act; on their return, which was not an emergency, the driver of the ambulance and his assistant refused to use the free lane that was kept open to facilitate the flow of traffic, and pulled into another lane that was coned off.”

It is also revealed that the two people exited the ambulance and demanded the Officers to clear the cones to facilitate the passing of the ambulance.

The Officers directed them to utilize the free lane “and these emergency workers refused to comply for several minutes, again made use of insulting language to the Officers and attempted to move the cones in a lane that was secured, which is apparent in the video circulating.”

The RGPF says that it is extremely disappointed with the conduct of the emergency workers over the entire encounter.

Investigations into the encounter are ongoing, which may result in criminal charges.

Another video making the rounds has people questioning whether a charge can be made by the Police. The video shows a man in a red Tee-shirt deliberately driving off the road and falling off his red vehicle while a passenger was in the front seat.

According to a Police Officer, there is something called reckless endangerment, but somebody must make a report.

This newspaper has learnt that Off Road riding and Drifting is a sport, which is becoming popular in Grenada. But it calls for proper training and protective gear.

It is alleged that the driver was warned before that his vehicle type is not suitable for the sport. He had a close call with one of his back wheels as he fell to the ground.