HomeNewsPresident of the Senate calls for greater show of respect for Maurice...
News 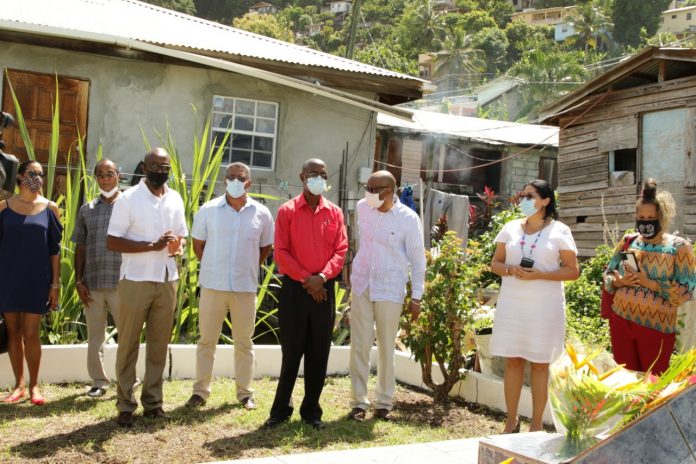 Stakeholders remain divided on the October 1983 events as this year again saw an added event to the five events to commemorate the events of October 19 and October 25 1983.

Since 1984, the October 19 event has been commemorated at Fort George by the Maurice Bishop Patriotic Movement and Martyrs led by Dr Terrence Marryshow. The occasion had been attracting the Governor General, Cuban and Venezuelan diplomats as well as Cuban Internationalist workers, relatives and friends of those who were killed and people who were on Bishop’s side in what is seen as a palace coup in 1983.

Then comes October 25, which is a public holiday with a national Thanksgiving church service attended by Government officials and members of the public. The Cuban Ambassador hosts a solidarity meeting at Pidgeon Park, MBIA; this is followed by a wreath laying ceremony at Saint George’s cemetery by The Maurice Bishop Patriotic Movement. Another wreath laying ceremony at the cemetery has started since the Grenada 17 were freed from prison and that one is held in the afternoon. Interestingly, they do not attend the morning session. However, Hon Peter David, the Member of Parliament for the Town of Saint George and a former Captain in the Revolutionary army, seems to be a common thread in both; along with Senator Andre Lewis and attorney Ruggles Ferguson and, more recently, Senator Chester Humphrey.

Senator Humphrey, who is the President of the Senate told The Grenadian Voice that he voted for joint-leadership in 1983, not seeing that it would have resulted in the killings. This year he said he managed to sum up enough courage to attend the October 19 event at Fort George for the first time. Another new face at that event was Decima Williams who represented Grenada at the Organisation of American States during the Revolution.

For years Grenadians had been calling for October 19 to be declared a public holiday instead of October 25. Senator Humphrey now joins the call.

“I think it is necessary to have October 19 as a public holiday and I think it is necessary for the state to pay tribute to those who were executed on the fort. After all they were members of a Cabinet and were members of the Government and whether Maurice became Prime Minister by unconstitutional means de facto, he was the Prime Minister and the whole world recognised him and he was a Prime Minister that was executed. I think we have to put aside all the partisan divide because the state is above politics,” the Senator told The Grenadian Voice.

He added “Maurice needs to be recognised in a place in our history because he is one of Grenada’s four greatest leaders. The others are: Julian Fedon, Sir Eric Matthew Gairy and Dr Keith Mitchell.”

This year saw the Rastafarians hosting their own Thanksgiving service which is an added event if continued next year.