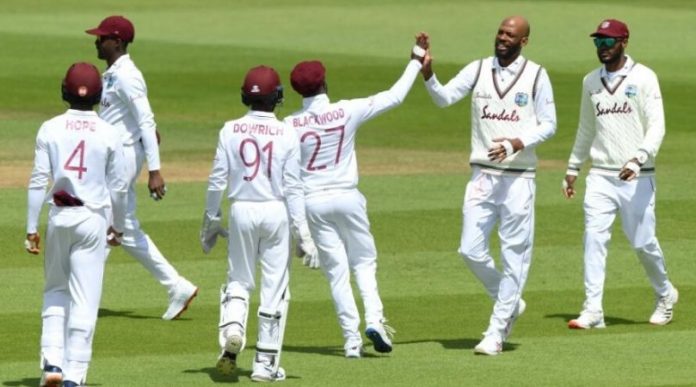 Prime Minister Dr Rt Hon Keith Mitchell is optimistic about the West Indies’ performance in the upcoming third Test match against England, which begins at Emirates Old Trafford on Friday July 24. With both teams chasing the Wisden Trophy, the series is now tied at 1-1, after the hosts leveled the series in the second Test.

During an interview on Tuesday, Dr Mitchell said despite the outcome of the match, he is extremely hopeful based on what he has seen.

“I am not too concerned about that loss. I expect them to put their best foot forward in the third match on Friday. I think it will be an exciting match in every respect,” PM Mitchell said.

Dr Mitchell said the team needs to have a good start in order to score runs. “So their batting is still a concern. I always felt that their bowling department would have done well in England. They have a good crop of bowlers, and there are backup bowlers that can replace others if needs be, but the batting area was my main concern.”

Nevertheless, the Prime Minister says the team has done well, and he gives them his fullest support. “I am very optimistic about what will take place in the third match.”