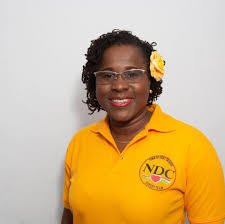 Claudette Joseph, Public Relations Officer (PRO) for the National Democratic Congress (NDC) is named as the defendant in a defamation lawsuit brought by Prime Minister Dr Keith Mitchell on Thursday, July 30, 2020. The lawsuit was filed Thursday by the law firm of Nigel Stewart and Associates.

It comes some eight months after the Prime Minister accused Joseph of making false statements against him in a live press conference on December 02, 2019 by taking his words out of context in the sod-turning ceremony of the shrimp farm project in Saint Mark.

Part of the contention according to the lawsuit, quotes Joseph as saying “… Prime Minister Mitchell said during that launch, that he is an investor in the project … unlike Dr Mitchell who claims that he invested monies in the shrimp farm ….”

In a letter dated December 13, 2019 Dr Mitchell asked for Joseph to make a public apology, pay damages and make a promise to refrain from making defamatory statements against him. This should be done seven days after receipt of the letter.

Represented by attorney Cajeton Hood, she declined by way of a letter dated December 16, 2019 to pay damages, and apologise, etcetera.

In light of being sued last Thursday the NDC released a statement which reads in part “We find it rather unfortunate that our Prime Minister would choose to waste precious time and money to advance a frivolous and vindictive lawsuit instead of focusing on the socio-economic issues facing the nation at this time, especially those brought on by the COVID-19 pandemic. This sinister and vulgar attempt is solely to subdue someone whom he perceives as a formidable political opponent standing against public corruption.”

The NDC is calling on the Prime Minister to cease the vengeful practice that he has promoted for years during his time in public office and to use his position of leadership to unite and to bring our people together during this challenging period.

The party is also calling “on every reasonable, fair-minded, freedom-loving Grenadian to stand up in solidarity with Sister Claudette Joseph and the NDC. We must protect our freedom of speech and defend our fundamental rights and liberties.”

Joseph, a lawyer by profession, was the candidate for the town of Saint George in the last general elections; a seat she lost to Hon Peter David.