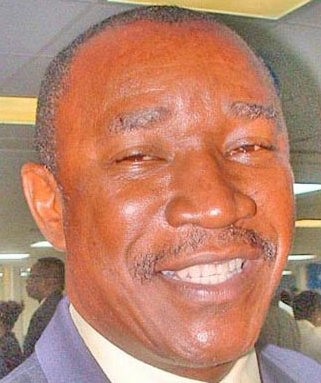 The biggest and most important project of the Grenada Revolution may be about to be ‘displaced’ under a mega project and that has some people duly worried while others are understandably excited. The barking is being heard today, but the bite is for a distant day! The bite may be delayed because the money is from a distant land.  A COLONIZING POWER!  Come on!  If there is a point, what is it really? Chinese money is here to stay, and we could have more and more of it! Where else will significant investment into Grenada come from? Will anyone come to invest in education, agriculture, or health? Who?

Straight up, a loud ‘call- out’ is being sounded in the hope that the authorities listen and take heed. The Maurice Bishop International Airport is not just a high-value economic asset; it is the highest valued heritage asset of the Grenadian people. So, whatever is put in the bold or the fine print, nothing should cause or permit the loss of the MBIA to the Grenadian people.  This demand makes perfect patriotic sense! Demanding information on which to base academic analysis of the financial justification/feasibility of the Chinese investment in ‘upping the grade’ of the airport will not gain much traction. One is not saying that intelligent discourse on the matters surrounding the project is not important. To the contrary! Be clear that in the same way poor people cannot develop country, the absence of intellectual capital will guarantee under- development.

Curiously, the airport, which is the principal legacy of an anti- US Revolution, found itself needing American Government dollars for its completion in 1985. Thirty- five years later, a regime with which the PRG did not share ideological affinity and had no dealings has come to pour hundreds of millions of US dollars into the same MBIA! Woiiii! ‘Magga dog’ finds itself bitten twice by two imperialists! A major fear among many is that this latest biter might purge the name Maurice Bishop and thereby subject the Grenadian people to a second death of a beloved leader. The Mighty Caruso, a deceased calypsonian once sang, “Rule Mr Gairy; rule Mr Gairy; rule Mr Gairy, rule”! Today, who will sing, ‘Run, Dr Mitchell; run Dr Mitchell; run Dr Mitchell, run’!

Get over it! There will be no running off this project runway!

The mega project may be faulted or queried on various technical/rational grounds. However, public policy development and decision- making by governments are rarely constrained by economic rationality.  Readers are urged to consider that there is something called political rationality; a model which boasts of having the backing of the voters; the duty of running country; the obligation to provide employment; the privilege to secure corrupt benefits; the excitement of generating the right optics; and the empowering feel of the ‘now effect’!

The fact that the project was not conceptualized or designed locally is no impediment to its embrace. Grenada has a history of being a ‘project- taker’, i.e. a situation where foreign moneys chase projects. Remember the Ministerial Complex project? Remember the Trinidadian conglomerate that financed a project at MBIA not long ago? Were the terms and conditions in that financing agreement made public? Will someone with knowledge speak up? Evidently, the MBIA continues to be a target for foreign hands.

So, what is all the talk about whether the airport will ever be able to service the loan and best use of funds? Which ‘magga dog’ do you expect to listen?

When the project starts and truckers rolling late into the night; and tradesmen working overtime; and poor ladies selling their juice and cocoa tea, and bakes and saltfish; and the big hardware stores selling their construction materials; and stevedores offloading ships late at four times the normal rate,  who you getting to say ‘no’ to the project? Which Chamber of Commerce; which labour union; which Truckers’ Association; which Bus Association; which poor and working-class people?  Hey man, just get over it!

All kinds of intelligent points could be made about opportunity costs; and existing carrying capacity of the airport; tourists’ demand for Grenada as a destination; the match between room stock and airport carrying capacity; comparisons to other regional airports; and debt servicing burdens; all very interesting and useful, but ‘magga dog’ thinks that it is better to keep the economy hot! Who feels the heat tomorrow is never a today concern!

The hottest concern today is the preservation of the national identity of the MBIA!

The Grenadian folklore is a unique cultural asset. One day an exciting story may be told of pagodas and white elephants imported from distant lands. Just imagine how much fun ‘magga dog’ will have lying on its’ back in the exotic moonlight!