HomeNewsProtocols in the making for discovery of human remains
News

Protocols in the making for discovery of human remains 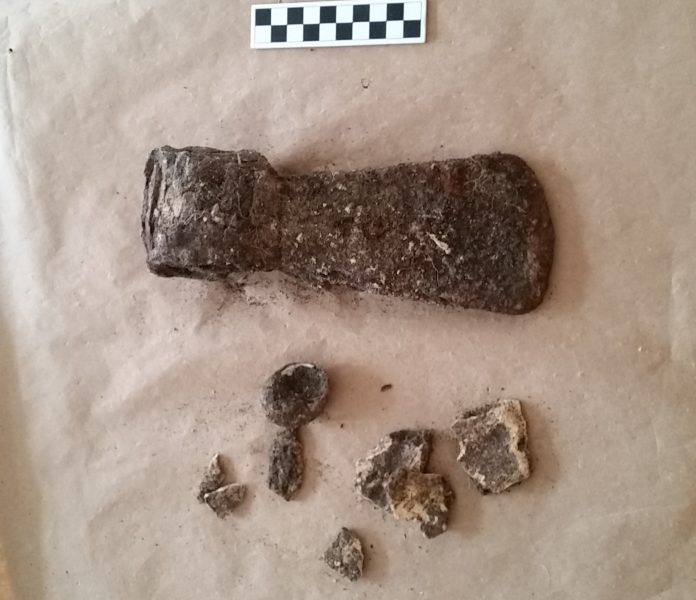 The Grenada National Museum (GNM) is in the process of formalising the protocols for when archaeological sites are discovered.

This comes after fishermen discovered human bones in the True Blue area.

According to GNM curator Dr Jonathan Hanna, there is the need for “building capacity and resources for being able to better protect the shoreline and/or excavate the sites properly when necessary”.

The GNM advises anyone who makes such a discovery to call the Royal Grenada Police Force (RGPF). If archaeological materials are present, the Police will contact the GNM.

“I think the events this week will give us the push needed to get those (protocols) finished, including with input from the RGPF, and implemented before another incident like this happens again,” Dr Hanna told The Grenadian Voice on Wednesday.

Reports of the discovery at the southern end of the island were posted on social media before and after the area was cordoned off with yellow tape by the RGPF.

The True Blue archeological site was first exposed in 2004 following Hurricane Ivan. Since then, the GNM has taken soil and artifact samples in 2016 and 2019.

“There was a mixture of late pre-Columbian pottery and generic historic artifacts, which led me to think it could potentially be a contact-period site (Amerindians at the time of French settlement),” Dr Hanna recalled.  Then, last year, a local resident made another discovery.

“Last year a local resident found a fairly complete burial with nails and glass bottle fragments, both indicative of late 18th/early 19th century interments (early 1800s). Like those in 2004, she didn’t rush to the press, but reached out to the Ministry of Tourism and eventually got in touch with me,” he said.

Coastal erosion from the impact of waves along the shoreline has been worsened by global warming and sand mining, a combination that threatens a large percentage of the archaeological record of the Lesser Antilles.

“We find old burials on the coast because all that calcium carbonate in shells and coral (the same material as our bones) creates a more basic/alkaline environment — and thus, great for preservation – – whereas soils further inland are more acidic. Ceramics can survive better than bone inland, yet only a few Amerindian sites (of the 88 recorded) are beyond one kilometre from the coast — a situation repeated throughout the Lesser Antilles,” he explained.

A GNM press release states that “Our records suggest that this site in True Blue is part of the La Grand Anse estate, a 1360-acre sugar plantation formed in the late 17th century (French period). Around 1765, the newly arrived British authorities divided the estate into Grand Anse, Morne Rouge, and True Blue, all of which remained sugar plantations. At any given time between 1765 through 1836, the True Blue Estate contained between 96 and 124 enslaved individuals.”

Referring to the erosion at Sauteurs Bay, Dr Hanna said this was probably not the breakwater alone, but sand mining at Mt Craven and Rodney Bay contributed to the shoreline destruction.

“Similarly, in Carriacou, the Grand Bay (Amerindian) site was eroded out by illegal sand mining. Once that stopped, the beach grew back.

On the other hand, the more modern Tibeau Cemetery in Carriacou is badly damaged by erosion and now partly underwater,” he added.

Removing archeological artifacts is illegal under Part IV of the Museum Act of 2017 and subject to a $10,000 summary fine.