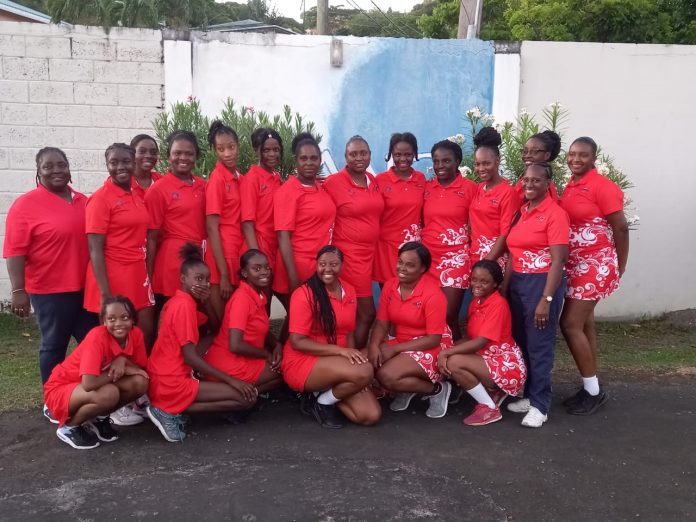 Defending champions in the Grenada Netball Association National Club Championships Queen’s Park Rangers (QPR) made a winning start in both divisions of the 2021 competitions on Tuesday at the Tanteen Public Complex.

In the “B” division, Sprangs QPR won their game against JW Fletcher 44 to 7 and in the A division match, Sprangs QPR outplayed Jetsetters Club 71 to 14.

The more seasoned and experienced QPR netballers dominated both games against the lesser opponents.

The 2021 season opened on Saturday, May 29 with a netball Jamboree at the Tanteen Complex. Seven teams signed up – namely Sprangs QPR, SJC, St. Georges, Topstrikers, Fun City Gouyave, Ball Dogs out of Grenville and Jetsetters.

In a male exhibition match, Topstrikers defeated Jetsetter’s (23) goals to twenty-one (21). It was a highly competitive and exciting encounter featuring some of the best male players and was much appreciated by the spectators.

The COVID-19 Pandemic prevented any netball competition in 2020 and GNA officials are expecting a competitive season.