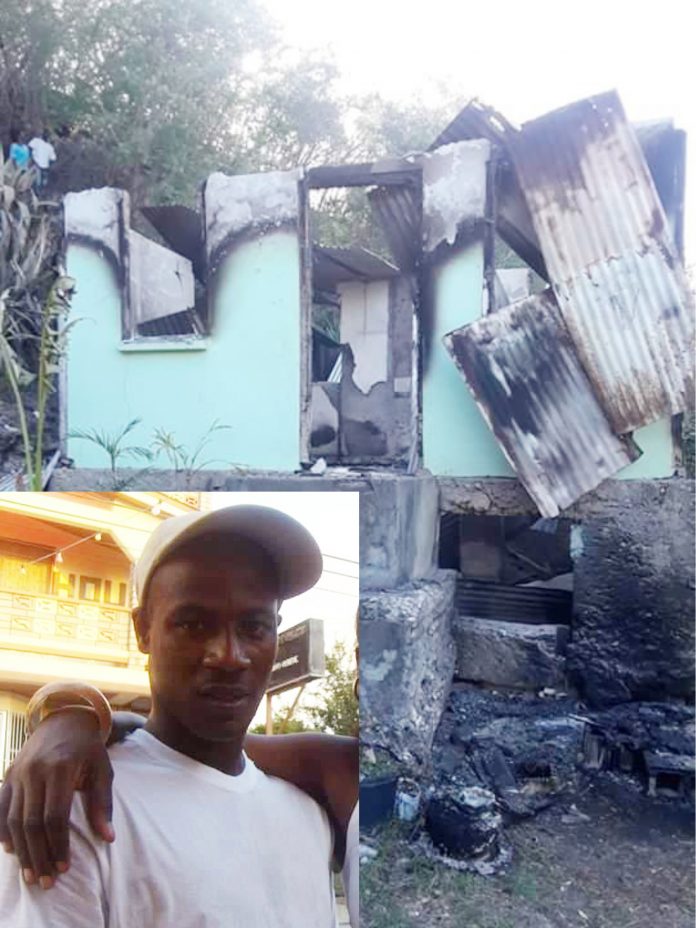 Last weekend’s fire in Carriacou is creating distress that there is no Coast Guard Unit to deal quickly with emergency situations and the Firetruck does not match the terrain of the land.

Nigel Jones of Mt Royal, Carriacou succumbed to injuries sustained from a fire at his home. According to reports, Jones sustained burns to roughly 90% of his body when his small concrete home burst into flames on Friday night (June 12). An eyewitness said “When he threw himself out of his house, his skin came off on the ground.”

It was around 11:20pm when he was taken by the Osprey Shuttle to Saint George’s and was treated at the General Hospital where he passed away Sunday night (June 14).

The 41-year-old man was a construction worker who was said to be very friendly and respectful. A source told this newspaper that Jones had been acting strangely in recent times by “mumbling and laughing to himself.” His mother passed away a few years ago, but he was living in proximity to his sister.

Speaking on Vibes FM Thursday, a tearful sister lamented the fact that her brother had to die. “Didn’t they know that the firetruck was too big to go down to his house in Ravine? … It’s about time for those in control to sit down and see what they can put in place for Carriacou,” said Kenisha.

There was no electricity in his house, so Jones was in the habit of using candles at night. The cause of the fire is still unknown.

The incident once again gives rise to the need for a Coast Guard Unit to be stationed in the area.

According to one resident, “We in Carriacou always have to call Grenada and wait on the Coast Guard to come up. This causes time to be wasted.”

The resident said, that Base took a lot of money to be built and now it is out of operation.

Meanwhile, Minister for Carriacou and Petite Martinique Affairs, Hon Kindra Maturine-Stewart in expressing condolences to the family gave her Ministry’s assurance that they stand with them in this time of grief.

“To his sister, Kenisha and the entire community of Ravine, Mt Royal and Top-Hill, the Ministry of Carriacou and Petite Martinique Affairs prays that you will be provided with the strength and courage needed to carry you through during this difficult time. May his soul rest in peace,” she said.

A funeral for Jones is being planned for next week.